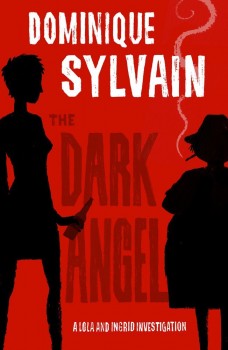 Two girls living in Paris find their flatmate brutally murdered when they return home. Two neighbours, Ingrid Diesel, a masseuse, and Lola Jost, a former police officer, get to know each other following the murder and decide to investigate.

The cover of the book shows caricatures of the two women, Lola, middle-aged, overweight and with a cigarette hanging from her lips, and Ingrid, youthful, slim, muscular and capable of pursuing, catching and then subduing a local hoodlum.

If their physical differences are marked, their temperaments are even more so. Lola has a caustic wit that she is liable to use on anyone, together with a foul temper for which she makes no apologies. However, instead of being intimidated by the abrupt way in which Lola makes her views known, Ingrid usually manages to give as good as she gets – a reaction that earns a grudging admiration from her colleague.  Nevertheless, it is still difficult to imagine that they will have enough in common to form an effective partnership.

Perhaps they would not have tried had they not been spurred on by the knowledge that the man in charge of the investigation, Commissaire Grousset, is generally incompetent and unlikely to make much progress. The decision to combine their individual talents is largely due to the unnecessarily brutal nature of their neighbour’s murder, but it is also influenced by the fact that Maxime Duchamp, the rather mysterious owner of a neighbourhood restaurant, has come under suspicion. Lola regards him as a friend, Ingrid as a potential lover and neither can bring herself to believe that he could be responsible.

Prior to this we have been provided with a very gripping and vivid account of a bank robbery carried out by four young men. Part of the reason for its being so effective is the skill with which the author conjures up the less salubrious areas of Paris – those grim banlieues largely occupied by immigrants committed to crime as a way of life because no other seems attainable. There is something almost universal about the helplessness felt by these young man in the face of a society which largely ignores them and, whilst the violence they demonstrate is always to be condemned, the reasons for it should also, perhaps, be understood.

It is very much to the credit of the author that although the part played in the story by Farid and Jean Luc is small, they come alive for us every bit as much as the main characters. This is true also of the tough, feisty Khadidja and the surprisingly resilient Chloe. Each time a new character is introduced – the neighbourhood tramp or the manager of the cinema given over exclusively to horror and gore – they are interesting characters in themselves and not merely included to provide additional suspects. In the end, however, it is the relationship between the two main characters and particularly the wit and crispness of their conversation, that makes this book memorable.

If the characterisation is convincingly done the plotting is at least as good. Assisted by a carefully drawn Paris setting, it moves along at a pace and, as it does so, the reader is made aware of other murders which must be connected in some way with the one under investigation, although the precise relationship is unclear almost to the end.

If there is a criticism it is, perhaps, that there is rather too much in the way of plot and the final scenes set in a ski resort give the impression of having been tacked on. They clearly are intended to provide a psychological explanation for one of the murders but it is a somewhat perfunctory one, which adds very little to our understanding of the motive for the murder. This, however, is only a very slight flaw in what is an exciting and convincing thriller. The cover of the book states that it is “A Lola and Ingrid investigation”, as if it were one of a continuing series, whereas it is their first outing. It is, however, unlikely to be their last.