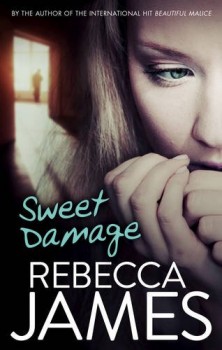 When Tim finds what seems to be the perfect flat for a cheap rent, he’s expecting a catch, but doesn’t expect it to come in the form of Anna, the beautiful and mysterious owner.

Living with his ex-girlfriend and her new bloke can hardly be considered ideal, so when Tim Ellison finds a spacious room in a beautiful house with a sea view at a ridiculously cheap rent, he jumps at it. Somewhat to his surprise, there’s only one catch: the owner, Anna London, is a reclusive agoraphobic and part of the deal is that Tim helps her with her shopping as Anna can’t leave the house.

Anna is as beautiful as her house, so that doesn’t seem much of a hardship to Tim, although he does wonder why her friends and brother and sister Marcus and Fiona, lay such stress on the fact that he must call them if he’s worried about Anna for any reason.

Tim, a typical laid-back Australian surfer boy, is quite happy to work in the evenings at his dad’s restaurant and spend his days on the beach. Anna seems reasonably easy-going, despite her problems, but when Tim wakes up one night to find someone standing in the doorway of his room watching him, he begins to wonder if there’s more going on in the house than meets the eye.

Tim’s idyll is disrupted when Anna agrees to his ex-girlfriend Lilla moving in, ostensibly only for a few days in the wake of the break-up of her latest relationship. Brash, abrasive Lilla is a total contrast to shy, self-effacing Anna, and the contrast between the two women is well-drawn as tension settles on the previously peaceful house and Lilla proceeds to turn the place upside down.

Lilla seems determined to get to the bottom of Anna’s problems, remorselessly sticking her nose in where it’s not wanted and prising loose the tragic story of how Anna lost her baby. At the same time, a series of inexplicable happenings raise the tension in the house to breaking point.

In Sweet Damage, Rebecca James weaves an engaging and well-depicted tale of a group of 20-somethings, with the Australian sunshine masking the dark past that has left Anna unable to face the outside world. The tension and suspense mount almost imperceptibly through the book until things come to a head in a surprising climax that I hadn’t seen coming.

This is one of those books that will have as much appeal for adults who like atmospheric psychological thrillers as it will for a young adult audience. I found myself wanting to shake Tim by the scruff of the neck, slap Lilla and cheer for Anna. They’re all very real people, and that’s the book’s big strength.