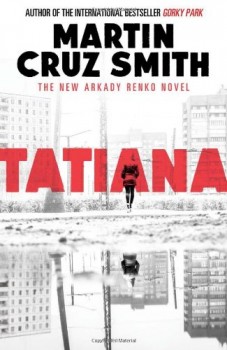 Senior investigator Arkady Renko, investigating the execution of a Moscow mob boss, finds a connection to the apparent suicide of a female investigative reporter.

In the 30-odd years since his stunning debut in Gorky Park I have often wondered why senior investigator Arkady Renko has not been killed by the normally brutally effective Russian mafia or shipped to Siberia by his bosses to count trees.

Renko, one of fiction’s great investigators, is dogged, shambling, anti-heroic and a born survivor. Think of him as Russia’s version of the Peter Falk character Colombo. For new readers who want to know why, go back to the beginning, then read the follow-ups, Polar Star and Red Square set in the old USSR under Communism.

His latest – and perhaps his last great investigation – is totally up to date, ambitious, provocative and politically aware. It's set in a Moscow which is the battleground for a handful of gangsters, with government and military riddled with graft and corruption and protest or reformism quickly stamped on by a secretive state, and could just as well be a news report as fiction.

Investigative reporter Tatiana Petrovna falls to her death from a sixth-floor window. The authorities are quick to call it suicide and make sure her body cannot be found. In the same week a mafia boss is shot and Renko finds himself involved in a complex and dangerous mystery. Unlikely? Google Anna Politkovskaya and see what happens to journalists who ask too many questions.

When the body of an elite translator is found on sand dunes in the secretive Baltic port of Kaliningrad, home of Russia’s Baltic fleet, a frantic hunt begins for his notebook filled with cryptic symbols. Renko, together with his rebellious chess hustler adoptive ‘son’, must uncover what the translator knew to foil a crime on a gigantic scale – and save their own lives.

This eighth book of the series, while reflecting contemporary political and social upheaval with polished skill, is also Smith’s most economical. He keeps the tension rising through a world peopled with street kids, corrupt police, cheap killers and greedy gang bosses with their avaricious sons. A Chechen warlord turned-gangster, turned-rapper, and a poet famous only in his own lunchtime provide some light relief in what is otherwise a superbly written, but grim story of a violent and volatile country.

The plot is simple enough. The telling is everything. There’s no great concern for police methods and correct procedures. It’s a great read, occasionally baffling – as Russia must appear to most outsiders – with some neat twists and some clever moves on both chess and codes.

Some readers have complained the story is too brief – it’s certainly finely pared but it moves naturally to its conclusion and any more would be just padding. Russia is likely to provide plenty more cases for Renko, but with Smith revealing just before publication that he has battled Parkinson’s for two thirds of Arkady’s career, who will chronicle the continuing life of this iconic detective?