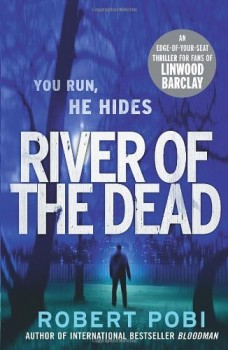 River of the Dead

A serial killer who mutilates his victims has been operating for more than 20 years, targeting ten-year-old boys. The killings continue, and then homicide detective Alex Hemingway herself becomes a target.

Procedurals need to be believable. Even in the land of excesses that is America, which has produced some of the most prolific and disgusting serial killers, I find it impossible to believe that such a man could chalk up dozens of killings and mutilations of children over a period of more than 20 years without even coming to police attention.

Naive? Perhaps. But this – and other imagination stretching developments, let alone a totally unreal denouement – turn this from a clever, creepy thriller into a parade of brutality. Robert Pobi seems to aspire to be the ‘shock jock’ of crime writing, but I found his in-depth descriptions of the victims’ mutilations almost pornographic in their intensity.

River of the Dead is not for the faint of heart or weak of stomach, but the twists and turns will keep you guessing. Alex Hemingway is assigned to the case of the murder of a young boy who has been horrifically mutilated before his death. Other similar murders follow and the detectives uncover a catalogue of crimes stretching back more than twenty years. Some solid work leads them to the perpetrator, but he is already dead – mutilated like his victims. The killings continue, particularly targeting the ten-year-old sons of New York’s richest families – and eventually Alex herself.

The book has saving graces. Poor little rich girl Alex, the lead homicide cop, is a refreshing twist on the stereotype. She is hard-bitten enough to be Dirty Harriet, yet at the same time honest, caring, angry and protective, driven by the twin needs to do what is right and to excel in a male-dominated environment. As now seems compulsory, her personal life is flawed and troubled – estranged from her super-rich family, battling to come to terms with the killing of her lover  and pregnant by the new man in her life. She and her calm, been there, done that, veteran partner give the story its heart and deserve a run in a better setting. The writing is clever and often funny, providing a welcome degree of balance to keep the story from becoming relentlessly grim.

If you like your thrillers brutal, unrelenting and with few horrors omitted, you’ll love this almost uniquely American assortment of disturbing events. If you lean more towards the more cerebral detection of Miss Marple, Hercule Poirot and their successors, give it a miss.