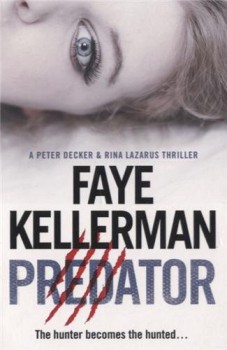 A smell and strange noises come from an apartment in LA. Inside are a fully grown Bengal tiger and a dead body, but it is clear that the victim was murdered by a human.

The residents of an apartment block in Los Angeles complain about a smell and strange noises coming from one of the apartments. In the apartment, the police find a fully grown Bengal tiger and a dead body. On examining the body, though, it is immediately clear that the tiger was not the cause of the death; the victim, 89-year-old eccentric multi-millionaire recluse Hobart Penny, had been both shot and bludgeoned.

As Lieutenant Peter Decker and his team investigate the murder, it becomes apparent that Penny was a complex character. He was a generous benefactor to a local animal charity, but his children want nothing to do with him and his ex-wife describes him as a dominant, sexually aggressive man with some strange kinks. A grisly discovery in Penny’s apartment deepens the mystery and poses the question, is Penny the victim or the criminal in this case?

With a complex and compelling storyline, this is a fast-paced book with plenty of twists and turns to the plot. The crime story is complemented by the latest instalment in the story of Decker’s home life, in particular his foster son, Gabe, and the balance between the two stories is handled very well.

I was amused by the cameo appearance of psychologist Dr Alex Delaware, the protagonist of husband Jonathan Kellerman’s crime novels. It appears that he usually consults to a different section of the Los Angeles police, but his psychological insights were certainly helpful in this case. Understanding the motivations that led Penny to his current lifestyle was essential in working out the circumstances of the murder.

Overall, this book is well up to Faye Kellerman’s usual high standard. Her characters are sympathetic and well-drawn and the plot, while in some ways extreme, is actually believable and they combine to provide a thoroughly enjoyable book.