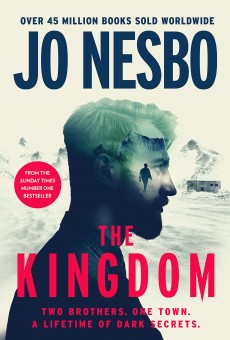 In an enclosed and remote Norwegian mountain community the rules of good and evil are played out in a manner more reminiscent of the Wild West. It's a place where family means everything and guilty secrets are buried deep …

I would not class this latest from Jo Nesbo as a crime novel. Rather, it is a novel, a very rich novel, with crimes in it. Nesbo is an extremely good writer and you are never made aware that this is a translation. The writer, and translator Robert Ferguson, must both have perfect Norwegian and English and the whole feel of the book is American.

The main character, Roy, runs a gas station in an isolated and mountainous area in the north of Norway but all the time the feeling is of small-town American life. Dad drives a much-prized Cadillac De Ville and once lived in Minnesota between the ages of four and 11. His two sons are called Roy and Carl with the middle names of Calvin and Able after leading American politicians. They were brought up to see America as the promised land along with Cadillacs, the Methodist church and the pursuit of happiness. As I read The Kingdom I felt as if I were in the Ozark Mountains but every so often a word or a deed reminded me that we were actually in Norway. There is a feeling of lawlessness about the actions of the leading characters reminiscent of the old TV Westerns.

The focus of the story is the Kingdom, the mountain-top land which the two brothers own and where the building of a state-of-the-art hotel will save the dying town – if enough local people buy into the dream. After the death of their parents (their Cadillac careers off the road on a hairpin bend) Roy Opgard, the elder brother, stays at home and is content to make a quiet living as a motor mechanic and manager of the local gas station. His younger brother, Carl, escapes to study in America and some years later returns home with an exotic Barbadian wife and some big plans.

And that is when the guilty secrets that have long since been buried begin to rise to the surface. There are a host of well-drawn supporting actors, all interacting in a slightly incestuous way, with local knowledge stretching way back, axes to grind and occasionally something revealing to say about the Opgard boys. It reminded me of Twin Peaks.

There is no Harry Hole here to investigate (more's the pity) although this one is quite different in tone to that series of books. Rather we have sheriff Kurt Olsen on the case. And before him was his Dad, Sheriff Sigmund Olsen, who also disappeared off the road on a hairpin bend in mysterious circumstances – you start to get the picture. Occasionally the writing seems a little overblown.  Shannon, the wife from Barbados, is prone to making long philosophical statements when she isn't trying to get off with anyone who is interested.

At its heart this book is about family and it starts and ends with the deadly consequences of twisted relationships and a father's legacy to his two sons. This isn't the usual Nesbo escapism and although I enjoyed the read, I realised that by the end I was feeling quite depressed. It's not an uplifting journey but rather an exploration of the darker side of human nature, family relationships, loyalty, love, death and betrayal.