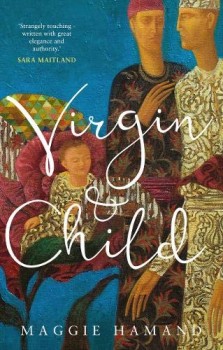 When the recently elected Pope Patrick, the first Irish pope, is attacked by a woman in St Peter’s Square, his reaction to this sets in train events that could derail his papacy by playing into the hands of his detractors.

The recently elected Pope Patrick is the first Irish pope and the first for several centuries to retain his own name on acceding to the papacy. At 55, he’s also much younger than his predecessors. There’s a lot he wants to achieve, and he’s keen to get on with the job, but events take an unfortunate turn in St Peter’s Square, when a woman attacks him.

She’s yelling the word ‘murderer.’ In an attempt to defend himself, he slaps her face, trying to loosen her hold on him. She’s quickly overpowered by his security guards, but the attack shocks him, as does the violence of his own reaction. His action hardly exemplifies setting an example by turning the other cheek. Instead, he met violence with violence.

At first it seems he’s been lucky. His actions aren’t picked up by mainstream media, nor do they go viral on the internet. But despite the apparent support of those close to him in the Vatican, Patrick knows that there are those who will happily use this incident against him. And then threats start to arrive …

Virgin & Child reads very much like an insider’s view of the Vatican. Maggie Hamand writes fluidly and authoritatively about daily life inside the home of a man revered by millions as God’s representative on earth. For anyone who has taken more than a passing interest in events surrounding the Catholic Church and the ever-increasing pressures it faces, it will feel like familiar ground.

As a new pope, Patrick is keen to deal in a positive manner with the problems the church faces in the sex abuse scandals that seem to be laid at its door on an almost daily basis, but he’s also mindful of the need to retain the authority and image of the church. And then there’s the problem of abortion and the question of whether unbaptised infants can enter the Kingdom of Heaven.

When it turns out that the woman who attacked him was motivated by her anger at the church’s apparent dismissal of the fate of miscarried children, Patrick come face to face with concepts that are difficult to reconcile in doctrine, but these are very real issues that have affected and are still affecting women all around the world.

I started out thinking Virgin & Child was going to be a political thriller with the problems of religion at its heart, then it took a sharp left turn into very different territory and became about the new pope’s struggle to reconcile some deeply personal revelations with his own religious beliefs and the orthodox elements surrounding him in the heart of Catholicism. There is an edge of danger around him as well that closes in as the book progresses. The Vatican is a hotbed of intrigue and it’s not too much of a stretch of the imagination to think that elements within it would prefer to see a dead pope than a scandal that could rock the foundation’s faith around the world.

Hamand’s writing is lyrical and fluid and I was quickly drawn into the intrigue surrounding this new pope. I cared about him and felt the connection that his creator wanted to forge. Despite the almost Dan Brown-esque scenario at the heart of the book, Hamand managed to keep me on board and sell her premise to me. The way religion can tie itself in doctrinal knots also came over very strongly.

Virgin & Child puts central tenets of the Catholic faith under scrutiny and, for me, it doesn’t stand up to that level of scrutiny, especially when you drill down, as Hamand does, into some very difficult areas. This is certainly a thriller with a difference, and I think it carries off a difficult premise with consummate skill and style.