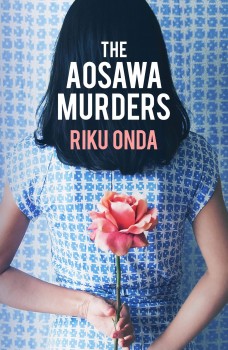 The poisoning of celebrants at a Japanese family birthday party is a mystery, even when the culprit admits responsibility. The true story takes years to emerge.

This tale begins in the 1970s in an unnamed Japanese city on the western coast, an area prone to oppressive summer heat and humidity. A prominent family, the Aosawas, are celebrating the birthdays of several of their number when drinks are delivered. The drinks prove to be laced with cyanide, and soon 17 people are dead.

Several witnesses confirm that the delivery was made by a young man in a yellow coat and a black baseball cap in torrential rain, but the police get no further after months of questioning. An answer of sorts is found when a man leaves a suicide note incorporating a confession, but no connection between the man and the Aosawa family is established to explain why.

Public rumour about the case is rife and persons such as the housekeeper, who was present and only barely survived, and local children who called the police, become the victims of gossip. Central to such whispers is the beautiful blind Hisako, the only one of the Aosawa family to remain alive.

The circumstances of the case are explored through a series of ‘conversations’ with people connected with the case. These include the daughter of the housekeeper, Hisako herself, a detective, one of the Saiga children who was first on the scene, and two young men who had contact with the suicide victim.

A key player in events subsequent to the crime is Makiko Saiga, who ten years after the event writes a book, The Forgotten Festival, about the murders. Her assistant reveals that the book faithfully represents the evidence of interviewees who provided the substance, with some minor but significant distortions which give a hint to Makiko’s suspicions, although this is so subtle that few notice.

As the conversations progress, giving the varied perspectives of the various witnesses, the reader’s picture of the family, the immediate culprit and the events of that day is slowly refined. Some minor differences in style between the witnesses is apparent, each emerging as a distinct character with interesting facets, like for instance the detective, Inspector Taru, who uses origami to help him forego cigarettes.

Despite the chatty and informal style of the interviews, the objective observations made by key characters, especially Makiko and Hisako, come across as very cold. There is a strange lack of repulsion about such an abhorrent crime.

The build-up of key facts is skilfully handled, culminating in major revelations in the final pages. The pace may be frustratingly slow for those more accustomed to a direct route and a simple resolution, but for those with sufficient patience the masterful build-up of atmosphere and understanding is something to appreciate.