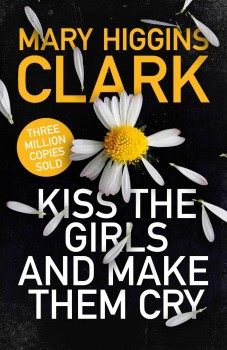 Kiss the Girls and Make Them Cry

Investigative journalist Gina Kane receives an email describing the abuse of a woman by a well-known figure at a television news network that’s on the verge of a multi-billion dollar stock market flotation.

Kiss the Girls and Make Them Cry is a dark tale of abuse, greed, cover-up and murder that will make you wonder what goes on behind the headlines surrounding predators like Epstein and former Miramax boss Harvey Weinstein – and how much of the truth we will never know.

Established investigative journalist Gina Kane receives an email from a ‘C Ryan’ describing her ‘terrible experience’ while working at REL, a high-profile and rapidly expanding television news network now on the verge of a multi-billion dollar stock market flotation. Ryan’s comment: ‘I’m not the only one’ spurs Gina to pursue the story – but she is shocked to discover her whistleblower’s apparent silence is because has died in an alleged holiday jet ski accident.

At REL, ambitious human resources counsel Michael Carter finds himself in a situation he believes he can exploit to raise his own profile dramatically in the company and make a great deal of money. Several female employees have come forward with allegations of sexual abuse against their editor and chief and star presenter – a man being compared with legendary giants of American news like Ed Morrow and Walter Cronkite.

Carter is aware of how this could damage the firm – and its approaching flotation – and approaches its aggressive CEO, and suggest he could persuade the victims to accept settlements in exchange for their silence through non-disclosure agreements.

As more allegations emerge and the flotation draws closer, Carter’s attempts to keep the story from making headlines are matched only by Gina’s determination to get to the truth, including whether Ryan’s death truly was the accident it was made to appear. When another of the accusers turns up dead – an apparent suicide – she is inexorably forced to consider the possibility that someone, or some group, is willing to go to any lengths to keep the story from seeing the light.

This story is broken into parts which run in parallel until they all come together in an explosive finale. Part one introduces us to Gina and her interest/involvement with Ryan’s initial tip, although she has no details of the ‘experience’ and who might be involved and her attempts to follow up on the woman’s sudden death.
The second section offers a detailed and first-hand account of the inception and follow-through of REL’s efforts to hide the truth and readers are introduced to a wider cast of characters, including some of the victims.

Part three is an absolute flurry of activity as the individual and collective stakes of the various players involved tie the earlier parts together and build towards a fairly quick and bloody ending.

The book is set against a typical New York backdrop, and Gina is a determined and capable female protagonist who won’t give up until she gets to the whole truth. The array of side characters – and completely separate stories involving her reactions to her recently widowed father’s new romance and her own indecision over the man in her life make an otherwise sharp and abrasive character seem a great deal more human.

This is a totally gripping book, which will leave you thinking, with millions at stake, how often does this sort of thing go on in corporate real life!