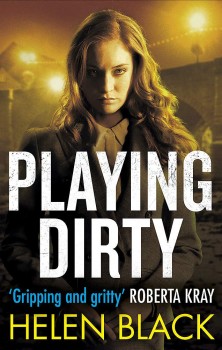 A family firm of gangsters finds their territory invaded by a larger gang from out of town. With the police looking over their shoulder they need to play it smart to come out ahead.

The centre of this tale is Liberty Greenwood, one of a large family from an unnamed West Yorkshire town. The narrative moves between 1990 (given in italics) when Liberty is still at school, and the present day where she leads a family of gangsters whose nightclub forms the focus of their business of prostitution and drug-dealing.

In 1990 the family are dispersed, in care when the authorities can find them. Liberty, the brains of the family, has moved away from home and is studying with a view to university entrance. She later qualifies as a solicitor and could have had a legitimate career, but the instinct to look after her siblings draws her into a life of crime.

The modest size of their town accommodates the Greenwoods and a smaller competitor, Paul Hill, who rub along without too much rancour. But life threatens to become much more problematic when a Manchester firm starts to move in, an organisation with larger resources.

The police have their eye on the latest developments, and a recent arrival in town, DI Rose Angel, persuades a reluctant superior to authorise an operation against local drug distributors. This will clear the streets for the visitors, who can then be picked up in a clean sweep. By chance, Liberty is caught in the initial phase, and Angel takes advantage of this impetus to assemble evidence against her. This makes it difficult for Liberty to get bail at a crucial time for her family and to resist Angel when she comes offering a deal.

This is a pretty gritty story featuring some of the most disadvantaged in society; those from sink estates and dysfunctional homes, users of street narcotics and victims of horrific casual violence. The Greenwoods make a business of preying on the weak and their struggle to stay afloat is small justification for their parasitic existence.

The sections dealing with Liberty’s background do, however, provide an explanation, and it is easy to feel a natural sympathy for someone prepared to turn their back on a more agreeable life to protect their siblings. A comparison is made at one point between Liberty and Michael Corleone - her long-term aim is to take the family legitimate, even as she is being pulled into a violent confrontation.

Angel is also a woman with two sides to her: disliked by her colleagues and distrusted by her boss, she is determined to make her mark and you like her for this, even though she is prepared to use any weapon that comes to hand. Whether you like them or not, the two strong female characters stand out and demand to be reckoned with.