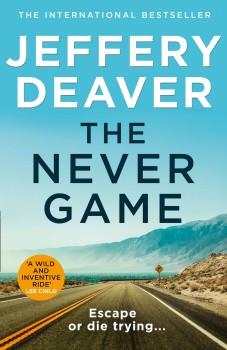 Three victims, each stuck in a deadly locked room scenario. Only one man can help them – Colton Shaw, a man who earns his money from finding missing people, dead or alive.

Colton Shaw earns his money finding missing persons and collecting the rewards on offer. He doesn’t regard himself as a private investigator – he’s more of a professional tracker. But he comes in for plenty of suspicion amongst the law enforcement community. Shaw is very much a loner, although he does have backroom people he can call on when he needs assistance.

His current case concerns 19-year-old woman who’s gone missing. Her father is certain she hasn’t just run away. He’s desperate to find her and he’s offering a $10,000 reward. That’s more than enough to get Shaw interested. He quickly uncovers leads that the police seem determined to ignore. Fortunately for the girl’s father, Shaw isn’t easily deterred, even when it’s made plan to him that the police don’t want him sniffing around their case. Shaw doesn’t so much treat on toes as stamp firmly on them with two booted feet. He’s not popular, but he is successful, and it’s that track record that will save Sophie Mulliner’s life, or so her father hopes.

Nothing is ever simple in a Jeffery Deaver book, and The Never Game is no exception. One kidnapping and one killing isn’t all that Shaw has to face. Soon he’s aware of being up against a formidable opponent, and in the way of most serial offenders, this one gets a nickname, too, becoming known as the Whispering Man, a perpetrator who kidnaps both women and men, setting them up with a fiendish puzzle or a group of disparate objects that could be used somehow – if his victim can figure out their relevance – to help in their escape. It’s the ultimate in locked room mysteries, with a deadly twist.

Three victims: a woman in a warehouse, a man abandoned in remote woodland and a woman trapped inside a sinking ship. Three deadly puzzles. Three chances to get it wrong.

Naturally, Colter Shaw is carrying around his own baggage, as well as taking on other people’s. He was brought up in a remote wilderness compound by two parents who come over as serious survivalist preppers, making sure that Shaw and his brother and sister know how to survive in the wild. Equally naturally, there’s a mystery here, whether Shaw’s father died in an accident, falling over a cliff edge, or whether there was something more sinister involved. Shaw suspects his brother might have been involved, but his brother is off the grid. This is clearly going to be a background theme in this new series out of a stable known for producing winners.

Shaw has a fly-trap mind for detail, an enviable ability to read people, and the tenacity of a bloodhound on the trail. I liked him, and wanted to know more about him, so that was half the battle won from the outset. The Never Game is Deaver at his most devious. There are red herrings a-plenty along with the usual fascinating insights, this time into the world of online gaming. If you’re not a gamer, there’s enough mini-info dumps to provide background without clogging up the action, but not too much to be off-putting. So, if – like me – your knowledge of gaming doesn’t extend much further than basic shoot ‘em ups, you don’t have to worry. Although if you come away with an urge to investigate World of Warcraft, you might have ended up with slightly more than you’d bargained for!