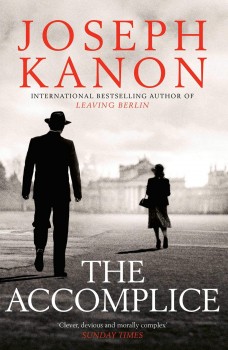 Aaron Wiley visits Argentina to track down a Nazi in hiding who bears responsibility for the death of many in his family.

Aaron Wiley is an American CIA desk analyst, born in Germany but evacuated as a child before his parents and many of his Jewish family died in Nazi concentration camps. He returns to Germany in 1962 when his uncle Max Weill is nearing his end and charges Wiley to complete one last task from his life’s work of bringing Nazis to justice.

This obligation arises from the chance sighting of Otto Schramm, a doctor who worked with Mengele in his ghastly experiments. Schramm supposedly died in a car crash in Argentina, but it is clear that the authorities there were complicit in a fraud. Wiley travels to Argentina to track Schramm down, and he also contacts the Israeli intelligence agency Mossad who he trusts will extract Schramm and put him on trial.

At the time, Peron has been forced out of Argentina and is holding court in Madrid, but ready to return if conditions make this possible. The Nazis who benefitted much from Peron’s protection are slightly more vulnerable but still have plenty of friends in the current government and the expatriate German community is strong, so Wiley has to tread carefully.

Wiley’s lead is Schramm’s daughter, Hanna, who he is convinced remains in touch with her father. He gains an introduction to Hanna through a fellow agent at the embassy, and gets the lead he is looking for, although it becomes clear that the CIA and Mossad have different ideas as to how to deal with Schramm. Wiley is faced with several dilemmas - not the least of which is how to reconcile his attraction for Hanna with his determination that her father see justice, and how to square this with the disparate aims of the intelligence agencies.

The author brings to life the complex weave of moral ambiguities around the protagonist. Schramm is a loathsome human being but there is the question of what can be achieved by bringing him to light. His trial will not bring back his victims, and the public spectacle will be a meaningless show to the majority of the public. And there is Wiley’s own behaviour, using a blameless daughter in the most manipulative way to achieve the humiliation of her father, an operation in which she will have been the accomplice.

The subtleties of the situation are fully explored, via a thoroughly believable exposition of Wiley’s thinking directly and in the discussions he has with others. Joseph Kanon’s handling of the instant attraction which springs up between Wiley and Hanna is masterful. The pacing and flow of dialogue is impressive throughout.

Wiley’s moral dilemma is, however, never allowed to slow the pace of the narrative. The book is continuous action from the off, with numerous twists and turns as the hunter closes in on his prey and struggles to find the right way of reconciling his responsibilities. This is a thriller of the highest quality.