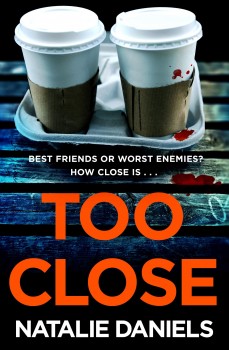 The staff in the psychiatric hospital where Connie is incarcerated say she committed a terrible crime. She says she can’t remember a thing.

Six years ago in London, Connie met Ness in the park; a beautiful, gay neighbour who would soon be part of the fabric of Connie’s family life, particularly after the breakdown of Ness’s marriage. As much as the two women are inseparable, there are moments when Connie struggles with her friend’s constant presence.  She is trying to run a household with little or no help, care for her ailing parents and manage her mother’s debilitating Alzheimer’s.
Now Connie is in a psychiatric hospital, her body a mass of burns, scars and livid marks. But her mind has imploded and is even more scarred than her body. The once demure and together woman is a spirited and sarcastic mess of memory-loss and desperation because she is isolated from her children.
Respected psychiatrist, Emma Robinson is treating Connie. But her patient’s forthright vitriol makes it difficult to connect. Knowing Connie was a writer, Emma gives her an old laptop to write her story and end the absolute denial that she has committed an unthinkable crime.
I wondered if this would be yet another psychological thriller exploring toxic female friendships. It is nothing of the sort. Too Close is a dark and emotive exploration of what happens when it has all gone wrong; when the hamster-wheel has already spun out of control.
It has a backbone of serious themes and an agonisingly honest first-person narrator who pulls no punches. Be warned, there are some ugly scenes from early on, showing a degree of depravity in the protagonist that may make you hate her. Connie takes caustic barbs, uninhibited behaviour and honesty to a supersonic level!
The intense female friendship and betrayal that I feared would be the heart of the story is almost a mere backdrop to declining mental health, unsuitable medication and family breakdown. I would not class this as a thriller, but its intrigue drives the story forward, and left the story far more unpredictable than many of today’s generic psycho thrillers.

Connie’s self-deprecating, directly addressed journal for Emma and her other chapters are in the first person.  These are interspersed with snippets from Connie’s nine-year-old daughter’s phonetically spelt diary and third-person accounts of Dr Emma Robinson’s life. Connie also offers a wryly humorous opinion of ‘Mental Sita’ and her brutish nurse, ‘the Squeak’, which lifts the mood of a dark novel.

Dr Robinson’s own life is far from perfect, giving this character depth. But, for me, top marks go to the author’s convincing portrayal of Emma’s two-steps-forward-one-step-back evolving bond with Connie along with their growing concern for each other’s welfare.

This book touched my heart whilst prodding at the brain cells. It hooked me with its refreshing realism. Natalie Daniels’ voice is assured, her prose is vivid and the pithy dialogue rings far truer than many an experienced author. Each of the main characters is distinct and leaps from the page. I adore Annie with her realistic nine-year-old observations.
This is a brutal and in places ugly study of real life, where often Lady Luck does shine on the wrong people, and an excellent debut novel with vibrant characters.