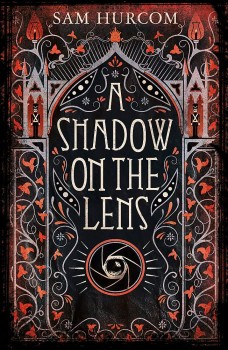 A Shadow on the Lens

Forensic photographer and investigator Thomas Bexley probes the horrifying murder of a teenage girl in an isolated South Wales village and plunges into a world of claustrophobic suspicion, mass murder and the supernatural.

The Vale of Glamorgan village Dinas Powys with its Iron Age hill fort takes its name from the ancient Welsh Dinas, a stronghold, and Pagus, (Powys) the Latin for pagan – literally the ‘Pagan Stronghold’ – a suitable setting for Sam Hurcom’s debut tale of claustrophobic suspicion, murder and the supernatural.

Now a pleasant Cardiff dormitory village on the road to Barry – and home to the author – in 1904, when forensic photographer Thomas Bexley investigates the horrifying murder of a teenage girl it was a very different world. Isolated, inward-looking, superstitious, and with a collective animosity towards outsiders together with a fear of any suggestion of the unknown, it prompts the overall sense of unease that runs throughout this wonderfully dark and creepy story.

Bexley, a specialist investigator in forensics, is called to the village to examine the murder of Betsan Tilny, found chained and horribly burned in woodland. He quickly realises the crime scene has been staged, and that he will get no help from the reluctant and often truculent locals. He is almost immediately struck down by a mysterious ailment – fevers, headaches and hallucinations – which make him an increasingly unreliable investigator and narrator. His local ‘assistance’, the obstructive head of the council and the young, bumbling local policeman, seem determined to convince Bexley his illness will hamper his investigation.

As the case unfolds, he senses a growing presence watching him, and one night, in the grip of a fever, he develops the photographic plates from the crime scene in a makeshift darkroom in the cellar of his lodgings. He finds a face dimly visible in the photographs – that of the dead girl – hovering around the body!

I find it quite hard to believe this is Hurcom’s first novel. His background is as a short-story writer and children’s author and illustrator, and he writes with fluency and power to tick all the boxes to attract hardened readers of supernatural fiction.

It’s creepy, disturbing, eerie, dark, spine-chilling and macabre in every way that a Gothic thriller should be. It will make you uneasy – but you won’t want to put it down. His descriptions of village life and mentality at the turn of the 20th century are spot-on, and there is a clever and quite brilliant final twist.

It’s very Welsh, reflecting a people, particularly country folk, who cling to their superstitions and legends and you will almost feel the same isolation as Bexley as he struggles with his own sanity and is obstructed by the locals, all of which adds to the overall sense of unease.