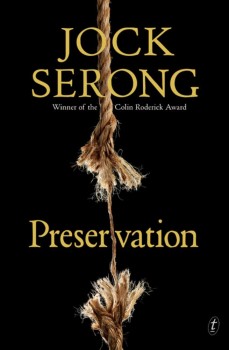 When in 1797 a vessel is shipwrecked on an island in what became known as Bass Strait, a small group make their way to Sydney, but the few who arrive have different tales about the journey.

The author’s note at the beginning of this book declares it to be a work of historical fiction, built around a real event, the shipwreck of the Sydney Cove, which occurred near Preservation Island in 1797. Little is known about the event – what is available is carried largely through the diary of one of the shipwrecked – but the author has constructed a convincing story based on what the slim evidence makes possible.

The Sydney Cove sailed from Calcutta, loaded primarily with rum, a popular currency of trade in Sydney despite the disapproval of the authorities. The ship was inadequate for the journey and was wrecked some 550 miles from Sydney. A party of 17, including Clark, the diarist and underwriter of the voyage; Figge, a tea merchant; two hands from the crew and 13 Benghali lascars sail across the Bass Strait in a launch only to be wrecked again, and then set off to walk the rest of the way.

The arrival of the only three of the party to make it to Sydney triggers an investigation, put in the hands of Lieutenant Grayling. Grayling notes animosity between the three, and finds his questions parried rather than answered. Grayling’s wife Charlotte, a perceptive woman, is some help in getting to the truth although Grayling becomes beholden to Figge who by chance is able to cure Charlotte of a ghastly infection.

The reader is made aware from the start that some of the key characters are not what they seem, but it takes some time for the real horrors of the journey to crystallise. The party is in contact with the native peoples of the Eastern Australian seaboard throughout, felt by the white immigrants to be alien and unfathomable, although in truth it is the visitors themselves who are repugnant.

The portrait is of the 21st century: the Benghalis and the Native Australians act reasonably according to their lights; the whites do not, although the worst is down to one of their number who is truly evil. The brutal nature of Australia in its early stages is confirmation of a ghastly lapse in ‘civilised’ values. The culture of the Aborigines is given in sufficient detail to explain their life and behaviour, and makes an interesting supplement to the main story.

Jock Serong’s previous books, in particular The Rules of Backyard Cricket, have been excellent. The power of this one is particularly marked. The main characters are finely drawn and the author even manages to find a female character in this very male environment who stands out from the crowd. Those who enjoy history brought to life will want to read this.