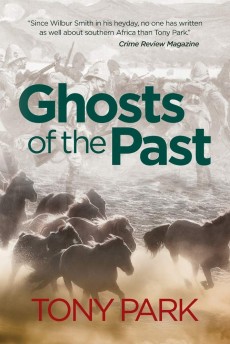 What links the cold-blooded execution of a former Australian soldier in 1906 to a modern hunt for a fortune in buried gold? Sydney journalist Nick Eatwell digs deep into his family’s past – and finds his own life is in danger.

Rugged mountains; vast arid plains; huge mopane forests; deserts scorching by day, freezing at night; rivers, hardly trickles in the summer heat which turn to raging torrents with the rains; endless and varied flora and fauna from the great elephants to the busy Harvester ants of the Karoo – southern Africa is a place which naturally lends itself to epic adventure stories.

This is the near-theatrical setting for ex-Aussie soldier Tony Park’s series of stories. Much of his earlier work highlighted the problem of rare animal poaching and the crime and corruption which surrounds it – Park is a keen conservationist, a South African National Parks honorary ranger and deeply involved with Veterans for Wildlife and the Painted Dog Conservation charities of which he is a patron.

Ghosts of the Past is historical ‘faction’, mixing the tale of the infancy of neighbouring South Africa and Namibia with a well-known white man’s legend and some gritty and believable 21st century action.

It has all the usual Park flair, with action and adventure, romance, animals – this time the Namibian ‘ghost’ horses – beautiful landscapes, and a fast-paced story. Much of the historical side is true, or based on truth, as it chronicles bits of the Second Anglo-Boer War and the Herero and Nama tribal uprising against their masters in Deutsch-Südwestafrika (Namibia).

One starting point is 1906, when Australian horse trader and former British soldier Cyril Blake is executed in cold blood by the Kaiser’s soldiers. The other is in modern day Sydney, where Blake’s great-great nephew, the recently widowed Nick Eatwell, is approached by South African journalist Susan Vidler who says she is investigating his ancestor’s death.

Intrigued by the past – and the girl – and looking for distraction, Nick uncovers a long-lost manuscript which tells how Blake stayed in South Africa after the Second Anglo-Boer war and later helped the Nama people in their rebellion.

The two narratives are slowly and cleverly interwoven, giving more of the historical backstory as modern events progress. The level of research is impressive as Park fictionalises real historical events just enough to create his own story.

Meanwhile, in Munich, historian Anja Berghoff, researching the origin of Namibia’s wild ‘ghost’ horses, stumbles across intriguing letters from Irish-German spy Claire Martin, with whom Blake had an affair.

Nick and Anja’s paths cross and they find themselves racing across southern Africa on the trail of the popular South African legend of ‘Oom Paul’s Gold’, the treasury of the Boer Orange Free State and the Transvaal said to have been hidden by Kruger during his flight into exile at the end of the war – and today valued at around $500 million! But they are not alone. Someone else is chasing these ghosts from the past, looking for clues to the hidden treasure – and is prepared to kill anyone standing in their way.

Although a different subject, this story has many hallmarks of Park’s previous work, which makes some elements quite easy to predict, but his descriptive style and slow-burning storyline will keep you turning the pages and leave you enthralled and a little more aware – and ashamed – of the British invention of concentration camps to break Boer resistance, a forgotten period in history.