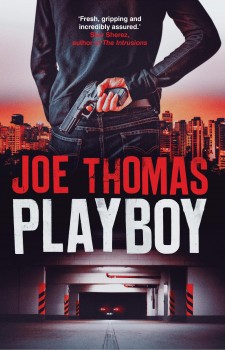 Detective Mario Lame is given a tip which means he is standing over a body when the military police arrive to investigate. He needs to find out what is going on before he ends up on the hook for the killing.

Sau Paulo policeman Mario Lame has featured in Paradise City and Gringa and returns in this the third in the series. A known informant tips him off to check out a specific location in a local park; on arrival he finds young man, apparently from a wealthy background, shot dead.

The arrival of the military police minutes later complicates matters. There is no love lost between the two organisations, and it becomes clear that Lame has been set up, especially when MP ‘Big Carlos’ arrives. Lame and Carlos have a history including matters that neither would like to see generally known, and Carlos would be happy to have some means of eliminating Lame as a threat.

Lame is released from MP custody, but is well aware that he has only 48 hours to get ahead of events. He gets a break when expatriate English journalist Ellie Boe puts him in touch with Roberta, whose boyfriend Antonio has gone missing. This helps him identify the victim, and eventually work out why he has been killed. But there are powerful people behind Carlos, and Lame has limited resources to fight the forces levelled against him.

Lame has in fact become enmeshed in a very public scandal of corruption at the highest level, and here we move from fiction to fact. President Dilma Rousseff was eventually impeached following the Lava Jato investigation into pay-offs associated with Petrobras contracts. In early 2016, when the book is set, the streets are full of two antagonistic sets of demonstrators: those demanding an end to corruption, and Rousseff supporters from the left opposing action against her.

The upheaval of the time, as well as much else about life in Sao Paulo, is fully reflected in the narrative. This urban agglomeration of over 30 million inhabitants makes London look like a village, according to Ellie. It’s a place of fantastic wealth and crushing poverty, a booming construction industry and deepening housing crisis.

Perhaps most alarming is the normalisation of crime and the vulnerability to citizens going about their daily business to the ‘bala perdito’, the stray bullet. Gangs such as the PCC run crime in the city like a corporation.

Lame’s story is interwoven with interludes about the experience of living in Sao Paulo, giving depth to the tale. Dialogue is larded with colloquial Brazilian Portuguese, but an immediate English equivalent conveys the sense, obviating the need to consult the glossary. Playboy is a dark but gripping thriller, full of energy and saturated with a sense of place.