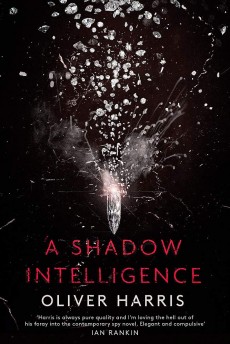 MI6 agent Elliot Kane is brought home in a hurry when an operation is abruptly terminated. He seems to be under suspicion – and then he receives a message from a friend pointing him to a video of himself, a very clever fake.

Elliot Kane is in Saudi Arabia when one of his agents is blown. He cuts it fine destroying damaging evidence and leaves just ahead of the opposition. Back in UK at his debriefing he smells a whiff of distrust, but even more worrying is a message on his phone from Joanna, a fellow agent with whom he has had a close relationship.

Hidden in the message is a video of Elliot, filmed in a room in what he guesses is Central Asia, except it is a place he has never been. Joanna herself remains elusive, and Elliot gets no response to his calls. She has been working on top-secret intelligence work about which Elliot has been largely ignorant.

Elliot traces the origin of Joanna’s last call as Kazakhstan. He ignores instructions to stay at home, and uses false identity documents and hidden cash to make his way there by a route designed to confuse pursuers. Once in the capital, Astana, he puts out feelers to various friends and contacts. On the surface everything seems tranquil: a country under a long-standing dictatorship with modest ambitions but little by way of resources.

It soon becomes apparent, however, that outsiders are showing an unusual amount of interest. Joanna is nominally employed by a Western company looking for oil; Russia and China both have borders with Kazakhstan and have made large loans to the country, so stand ready to lay claim in the event hints of mineral wealth materialise. Elliot realises that the stage is set for a major international confrontation, and that he might be the only person in a position to stop it.

It is apparent from the off that the action is bang up-to-date. Elliot is ever on his phone extracting arcane and recondite information with astonishing rapidity, or contacting hacking virtuosos through dark systems to obtain details deeply concealed. The faking of video footage is only one aspect of the hair-raising capabilities of latest computer programmes.

Later in the book Elliot details the exploitation of real people whose blogs are augmented to sway public opinion; this is leveraged through computer bots which generate tweets so sophisticated that they are indistinguishable from human opinions. Governments or corporations are able to create media pressure for any cause of action they deem most beneficial to their interests.

The latter is a vision, not of the future but the present, sufficiently convincing to horrify the reader. Elliot’s facility with technology to help him understand what is going on, and his skill in using the same technology to fight it, is as impressively slick. His ability to speak dozens of languages seems only to confirm his status as some sort of superman, a spy who makes James Bond look pedestrian. This is certainly a high-energy tale, and something that grabs the attention.