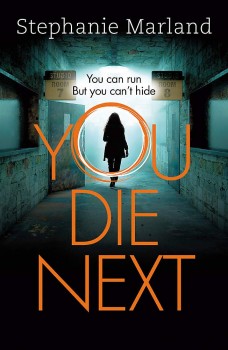 Some urban explorers break into an abandoned film studio and encounter an apparently horrific murder scene. They run, but then one by one they are found murdered.

A group of four urban explorers are live-streaming their incursion into an abandoned film studio. They are all hiding their identities with balaclavas and pseudonyms. When they get into the main sound-stage they encounter bright lights and see a woman, tied down and bleeding profusely. They all run.

Over the following days, members of the group are found dead, but neither amateur sleuth Clementine Starke, nor DI Dominic Bell, are aware of the links between the bodies and the clandestine Urbex group.

The plot relies quite heavily on the reader being conversant with the previous volume, My Little Eye, in which it is clear the main protagonists developed close relationships and experienced very significant history together. Not having read this previous volume I felt that I was catching up on gossip with half information and without getting the full picture of the way the intense interactions, particularly between Stephanie and Dominic, had developed. The result was that I felt that the plot was rather shallower than it might otherwise have been.

The plot is good, the revelations of information and the development of tension regarding the murders was very well handled. I felt that the book was well researched, both in terms of urban explorers and also the nature of the types of premises they like to explore. The murder scenes and the circumstances surrounding the murders are graphically and effectively described.

The under plots of the relationships between the main characters was where things fell down for me. My advice is to read My Little Eye before you embark on this one and hopefully you will get a more fulfilling experience.