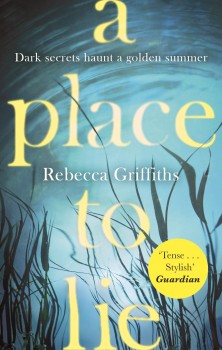 A Place to Lie

Joanna’s sister is stabbed in a London convenience store. Her death appears linked to a summer spent in the countryside when they were children, a time when sinister events happened.

Joanna is a successful career pianist, with a husband, two sons and a dog. Her sister Caroline lives alone, unhappily, in an inherited flat in Bayswater. They have not spoken for ten years.

Caroline lives a solitary life. She steels herself to go shopping in the local convenience store where she has an altercation with a young man and ends up dead, stabbed with her own knife.

When the girls were young, they spent a whole summer staying with their great aunt Dora in a dirty and idiosyncratic cottage. They were sent there because of family circumstances. There they befriended a local girl, Ellie. Joanna had piano lessons from a local woman, leading to her future career. Relationships were formed that will impact on both of the girls. A chance comment and an infatuation destroyed Caroline’s confidence with an enormous impact on the rest of her life. And a murder happened that will haunt them both.

This book is written beautifully. The format is to alternate between present day and the summer of 1990. Present Day focuses on Joanna and her attempts to unravel the past and to solve the mystery of why her sister died so tragically.

Summer 1990 concentrates on the village of Witchwood, in which the sisters stay, which is described in meticulous detail. The residents, with all their peculiarities are brought to vivid life. The buildings, the countryside and the weather all play their part in weaving an atmosphere that is oppressive, optimistic, childlike and sinister. The details of personality are wound around with surprising details of clothes or bedrooms or pets.

The result of the skilful writing is to create an interesting balance between a semi-nostalgic memoire of a lost childhood and the increasingly ominous and foreboding impact of Joanna’s investigations and the response of an unknown person, the murderer from that summer long ago.