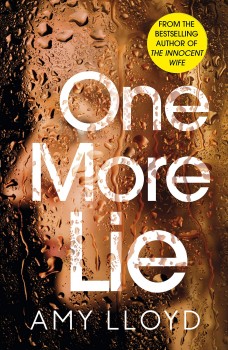 When she was ten she killed a boy and she and her friend spent their childhood in prison. Now she has a new identity and is living in a new community. She is scared and lonely.

When she was ten years old, Charlotte, whose name was not Charlotte then, was convicted in a notorious murder case, with her 11-year-old friend, now called Sean, for murdering another child. Charlotte does not remember what she did. She has not seen her friend since their arrest. She is very dependent on her therapist who clearly has great loyalty to her and has moved around the country to allow her to continue to support Charlotte whenever she has been relocated.

Charlotte now lives in a sheltered hostel with other women. She trusts no one and has self-confidence issues. The last time she was released into the community she became a substance abuser with serial sexual liaisons. Now she just wants to be left alone and yet she is so very lonely.

Then Sean gets back in touch and things start to go wrong.

This book is written in the first person, mostly in Charlotte’s voice, and jumps between then and now, filling in details and giving insight into Charlotte’s mental state, both as a child and as a lonely, dysfunctional adult. The reader is drawn into her thoughts and is led to empathise with her difficult circumstances and her tortured desire for acceptance. The tragedies and unhappiness of her upbringing are juxtaposed, giving explanations and suggestions but never answers, because Charlotte does not remember the actual murder.

There are then and now sections told in Sean’s voice as well, which appear to paint a picture of an unsavoury young man, one who must surely have influenced and led Charlotte into all of her bad choices.

One More Lie is an easy read with short snappy chapters, but I felt that the device of then and now and Charlotte and Sean was a bit too considered and all made the novel rather one-dimensional. I felt that other information would have helped to contextualise, it was all rather too self-indulgent and although I felt sympathy for Charlotte I also found her helplessness too relentless. But perhaps that is what I was meant to feel.

There is no doubt that the book forces the reader to confront the personality of child killers and to weigh up the impact of public loathing on these individuals as they grow up and seek to live reformed lives. I am left conflicted. I did enjoy the book and I did feel challenged. I just would have liked to feel more.