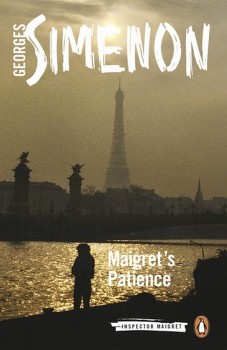 A series of daring robberies bring Maigret together with an old adversary.

There is more than a hint of nostalgia to the opening of this Maigret story. We are reminded (it had first been brought up in the previous novel, Maigret Defends Himself) that the detective is only two years away from formal retirement. Certain events in his career has already become almost legendary – his longest interrogation, which lasted 27 hours and his most dangerous arrest, that of a bunch of armed Poles.

What nobody knows, on this morning following his return from a brief holiday in the country, is that events are about to occur that will bring to an end his longest investigation – that into jewellery heists in broad daylight which had begun 20 years before and have been taking place on and off ever since.

It is 20 years since Maigret first come across Manuel Palmari, then simply a Corsican crook and pimp. However, over the years he has prospered from his criminality and Maigret has interviewed him many times. They have become, if not friends, at least old acquaintances.

Maigret does not know whether he is still directly connected with the jewellery robberies, but is convinced that he still has information that might be useful – information that he might be prepared to disclose in return for the various favours Maigret has done him over the years. He is now a cripple, following an attack with a machine gun, and lives with a young woman named Aline Bauche whom he had rescued from a life on the streets.

The jewellery robberies have recently begun again and, in addition to questioning Palmari, Maigret has arranged for two inspectors to be on constant duty, one to keep an eye on the building where he lives, and the other to follow Aline wherever she goes. In spite of the precautions, however, Palmari is found shot dead in his apartment.

Maigret has one very important piece of knowledge as he begins his investigation. As the building had been under observation at the time of the murder, he knows that the only person to have entered was the butcher's boy. Therefore, the murderer has to be someone who lives in the building.

There is a very detailed and lengthy description of Maigret as he sets about interviewing each of the occupants of the building.  He feels that it is a task for one man and that he is the man for the task. The patience of the title is exemplified in the attention he pays to each interview. Eventually, he receives information from Lapointe that confirms what he had already partially guessed and leads him to look closely at one of the people in the building whom he has already questioned.

During the course of this novel we almost see Maigret's brain working. The investigative method appears to be simple and it is. However, it is also based on logic and acute observation. Maigret is triumphant but it is noticeable that he still manages to find time for a few kind words with the devastated wife of the murderer – a characteristic demonstration of the humanity we have come to expect.