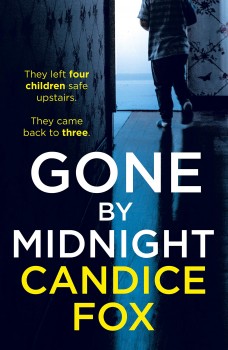 A boy has gone missing from the hotel. But with the clock ticking, former detective Ted Conkaffey doesn’t know if he’s looking for a child or a body.

Former detective Ted Conkaffey vacillates between resenting and accepting his much-changed life in the crocodile-infested wetlands of Crimson Lake. He knows there is little alternative; too many people in Australia still don’t believe he is innocent of the accusations of rape and murder of a young girl. But good things are about to happen – his daughter is coming to stay for a week.
Amanda Pharrell, one-time murderer and now Crimson Lake’s unlikely PI, still hasn’t won any awards for popularity, particularly as the local police, and one in particular, hate her for her involvement of one of their colleague’s deaths.
But Amanda is not going to be able to keep her distance from the police any more than Ted is going to be able to spend all his time with his daughter. A little boy has gone missing from the local hotel – and his mother wants Ted and Amanda to find him.
I am about to stick my neck out having recently watched a TV series on a real-life child disappearance. This plot feels a like a scaled-down version of some of the events and detective blunders in that real crime-case, and a little too close for comfort. The only difference is there is an answer at the end of Fox’s story. I am still uncertain if I accept the similarity as coincidence, or if the parallel sensationalism is a slightly tasteless hook.
If I hadn’t watched that series, I would be writing here that Ted and Amanda’s bumbling behaviour doing things that only vaguely relate to the case and sudden, poorly explained leaps of understanding are utterly unconvincing. But perhaps that is because I like the Sherlock-Holmes-esque detectives or the believable clue-gathering-and-suspect-elimination police procedurals. And Gone by Midnight adopts neither of these styles.
When I reviewed the first in the Ted Conkaffey series, of which this is the third, Fox’s ability to write convincingly from a man’s point of view impressed me. Unfortunately, Ted’s ongoing woe-is-me attitude is just starting to sound a bit oestrogen-based. That said, Amanda is still gauche and shocking. As before, her portrayal is slightly overdone, but it does add a humorous dimension to the story. Together, they are an interesting pair. However, at times it feels as if the focus on them, along with frequent misdirection, is partly to cover up weaknesses in the main plot.
I had to cling on to my suspension of disbelief as the story had it drowning on occasion. I find it hard to believe how much the local police force turn to and rely upon a convicted murderer and a pariah ex-cop. It is unimaginable that Ted, a detective, thinks the new local vet will not find out about his history. Neither can I believe that everyone uses the f-word in every other sentence in front of Ted’s young and impressionable daughter.
Although Fox’s descriptions are convincing and atmospheric, I think the crocodiles have had their day in more than one sense. Their presence is intrusive, almost lazy, as is the formulaic writing that relies on something sensational happening in virtually every chapter.
For all my misgivings, I thoroughly enjoyed this easy-to-read escapism. There are a couple of great twists, and it’s laugh out loud funny at times.