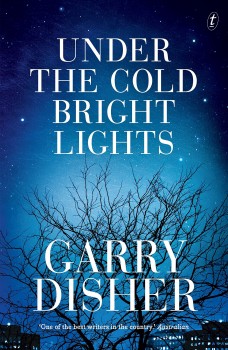 Under the Cold Bright Lights

Acting Police Sergeant Alan Auhl works cold cases in Melbourne, apparently unassuming, but he has a house full of waifs and strays and can go that extra mile when required.

Sergeant Alan Auhl rejoined the Melbourne police after live cases became too much and he gave up policing for several years. His younger colleagues call him Retread and he enjoys minimal respect. His domestic circumstances are unusual; he is separated from his wife although she still stays occasionally, and his oversized inherited house is filled with those passing through or in temporary need of shelter.

A number of problems occupy his thoughts. There is the farmer beaten to death on his own driveway whose daughters call Auhl every year asking for progress. There is the surgeon whose wives or girlfriends have been dying in unexpected ways. And there are Neve and Pina, a mother and daughter in refuge at Auhl’s house from an abusive husband.

The Cold Case Unit’s primary concern, however, is the discovery of a man’s body under a slab of concrete in an out-of-town suburb. There is little left to go on, but ‘Slab Man’ is eventually identified as Shirlow, who was thought to have left the area after his girlfriend Mary was found dead at the wheel of a Suzuki, with the police having him in the frame for the killing.

Auhl, his boss Helen and his colleague Claire take the usual enquiries with the cold cases and make steady progress. Claire finds it convenient to move into Auhl’s spare room for a while. Neve and Pina are challenged in court by the rich and better-lawyered husband. Auhl tries to help but when it looks like he will get greater access to Pia, Neve looks like doing something desperate.

Thus far we have a fairly conventional police procedural, although Auhl comes across as a thoroughly nice bloke. Very aware when questioning ratbags, he is not easily taken in, but when it comes to decent people, he is ever ready to offer time and money when there is need. His generous offers of temporary space bring together an assortment of nice people whom he genuinely likes to have around.

What is really unexpected is his preparedness to take a rather unorthodox approach to ensuring justice is served. This is all the more interesting as he certainly isn’t any kind of multi-skilled assassin, but to all appearances an experienced but fairly slow-moving cop moving towards the end of an unexceptional career.

Anyway, the combination of all these elements make for an excellent read. There are too many fictional policemen of the morose alcoholic variety for whom grisly murders are light relief, and it is nice to find one who counts his blessings and does his best to improve life for those around him.