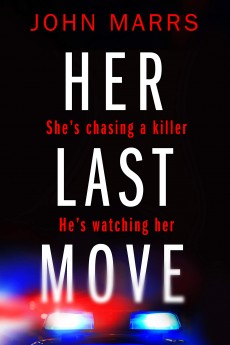 When a man is murdered in a crowded tube station a super-recogniser is brought in to help a harassed police officer.

A man stands amongst a crowd of people waiting for a tube train but has no intention of getting on it. He is there to kill a man and, after him, others. The prologue is set in the crowded tube station. We see it through the eyes of a man standing directly behind a passenger, waiting for his opportunity to thrust a hypodermic needle into him. When he does so, the man, who had been having angry words with another passenger behind him, suddenly turns around and then, feeling the effect of the drug, begins to stagger backwards, eventually falling in front of the oncoming train.

We are told that the murder has been planned in great detail, but it is difficult to believe that the murderer could have known precisely in what way his victim would react and how he would have fallen under the train rather than simply dropping to the ground. As a beginning to a novel it is unsatisfactory and as the novel progresses it continues to be unsatisfactory.

There are a number of reasons for this, one being the habit the author has of repeating himself. We are told time and time again that the murderer, whom we meet in the prologue, came from a disadvantaged family. His mother, on whom he had to rely in the absence of a father, was frequently drunk, though she didn't need to be under the influence of alcohol in order to punish – or even torture – him for no particular reason.

Similarly, we are repeatedly told that Detective Sergeant Becca Vincent finds herself conflicted between her police work and bringing up her Down’s syndrome child. When she is not thinking of herself as a failed parent, her mother, Helen, is there to remind her of it. The murderer and Becca are the two main characters in the plot and to have the same things said about them whenever they appear is a little tiresome. Certainly the characters lack any real depth.

This last point is also true of Joe Russell, the 'super recogniser'. When he is not involved in using his photographic memory as a policeman, he spends most of his time wandering around crowded streets, searching for a sister who disappeared when she was little more than a child. Joe is homosexual and his husband regards such an activity as a waste of time, but he cannot convince Joe of that.

The main problem with the plot, however, is the killer's motivation. We are not informed what this is until near the end of the novel, but we assume it must be something totally compelling in order to justify the manner of the murders. Unfortunately when it is revealed it is totally unconvincing as a motive for multiple murders.

What we have in essence is an attempt to hold the attention of the reader by what can only be termed sensationalism. This shows itself in the gruesome way in which the killings are carried out, though the description in each case is inadequate to achieve the level of horror the author is seeking. We also find it in the way in which so many paragraphs conclude on a cliffhanger.

The overall construction of the story suffers from a lack of careful planning. Why one of the main characters should suddenly be dismissed from the scene even before we are fully aware of why the murders are taking place seems very odd. We are driven to the conclusion that once again the desire for surprise/sensationalism is behind it. Had the character been fully developed the loss would have seemed greater, but, as already mentioned, this novel is short on characterisation. Since, at the same time, the plot is hardly gripping, it is possible that many readers will not find their way to the end.