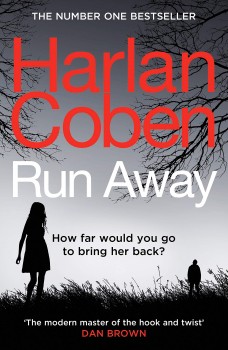 When wealthy investment manager Simon Green sees his drug addict daughter busking in a park, all he wants is to bring her home. But she runs away, and Simon ends up in a fight with her boyfriend that goes viral on social media. And Paige doesn’t want to be found.

When Simon Greene sees a young woman playing the guitar and singing in the park he’s horrified. She’s clearly far gone, addicted to drugs, barely aware of the world around her. She’s his daughter, Paige. He’s been looking for her for months since her mother finally gave up on her, when the constant lying and thieving became too much for her and she no longer recognised her own daughter in the drug addict she’s become.

Simon approaches her, but the encounter quickly turns ugly. She tries to get away from him and Simon ends up in a fight with her boyfriend, which gets caught on someone’s mobile phone and quickly goes viral, leaving him looking like the well-dressed businessman who punched a homeless guy.

The incident doesn’t stop Simon from trying to find his daughter – it only makes him more determined. But when Paige’s boyfriend Aaron is found brutally murdered, it doesn’t take long for suspicion to fall on him. With the help of lawyer Hester Crimstein, there’s nothing the police can pin on Simon, and he does his best to track down his daughter, finding the squalid apartment she lived in, talking to an old man who knew her, and even meeting the guy Aaron had bought his drugs from. Then things go badly wrong and Simon’s wife Ingrid ends up in hospital fighting for her life.

The ordinary person finding themselves in extraordinary circumstances is a staple in most Harlan Coben books, and Run Away follows the same formula with wealthy investment manager Simon finding himself increasingly out of his depth in the seedy world of drug pushers and addicts, but he carries on, determined to find Paige and bring her home. Simon is likeable enough, as are the other protagonists, including private investigator Elena, whose story eventually intersects with Simon’s.

Coben’s stories are always multi-layered, and his strengths lie in building up and handling a large cast of characters, maintaining tension, and weaving a complex web around them. For readers of his other books, there are allusions to the wider world he’s created, such as the cameo appearance of the aging but still formidable Hester Crimstein, and the blink and you miss it reference to Myron Bolitar’s friend Win.

What worked less well for me was the introduction of a character bearing the name of one of the UK’s well-known crime scene characters, Ali Karim. This promptly threw me out of the story, as did the moments when Coben as narrator seemed to address the audience directly. But the book was entertaining enough to survive these missteps and I remained on board, wanting to know what would happen to Simon and what the connection was between the various minor characters being killed off by a hitman and his girlfriend, and what part a sinister cult had to play in the murders.

This isn’t quite vintage Coben, but it’s certainly good enough to maintain interest, and the twist in the tail was one I didn’t see coming.