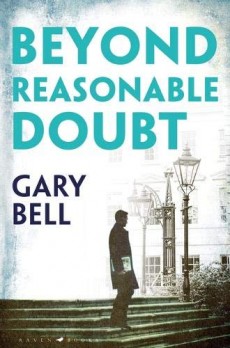 Elliot Rook, QC, is asked to represent a racist bigot accused of murder and finds it difficult to refuse – his client knows well the skeletons in Rook’s closet.

This book introduces Elliot Rook, born in one of the roughest areas of Nottingham but who fought his way out to become a silk with a successful London practice. He allows his colleagues to believe he was educated at Eton, but nothing could be further from the truth; in fact, he rubbed shoulders with violent men and was convicted of fraud before he turned his life around.

His early life resurfaces when he is asked to defend William Barber against a case of murder. Barber’s brother and Rook shared a childhood friendship in Nottingham, and William threatens to go public with Rook’s disreputable past if Rook declines to represent him or loses the case. At the same time, he offers no information that would enable Rook to offer a viable defence.

Barber is a thoroughly unpleasant character: a white supremacist, a violent tattooed thug with a long list of convictions for assault. The victim’s name is unknown, but was a girl of Middle-Eastern origin, which would have been enough to provoke Barber’s hostility. The evidence is largely circumstantial, but Barber was known to have followed the girl immediately before she was viciously assaulted and killed.

Rook knows that to find a defence he will have to return to the city he left behind, and makes the trip north in the company of his new junior, Zara Barnes, a girl from a Muslim background who also has had to strive to make progress in her chosen career.
Rook makes enquiries amongst Barber’s family, the police, and various criminals in town, but returns to town without being much further forward.

The case gets going at the Old Bailey, and the evidence brought forward to substantiate the case for the prosecution is covered in delectable detail. Things look black for Rook before he finds a crucial line of defence.

If it is depressing to hear that the Inns of Court are still bastions of snobbery and privilege, it is at least encouraging that Eton and Oxbridge are not the only routes to a legal career. The author Gary Bell, QC, apparently followed much the same route as his protagonist into the law, which presumably means that his picture of chambers and the life of a barrister are not too far from the reality.

In practice, this means that the interests of the client are secondary to those of his or her representative in court, whose concerns it is not necessarily easy to identify with. Here, however, the author has given Rook a stake in the outcome of the case, and willingness to put himself at personal risk in search of evidence. Hair-raising action in some low places plus vigorous courtroom action is a nice balance.