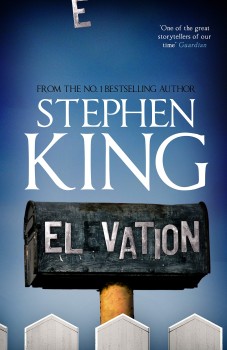 Scott Carey goes to see Doctor Bob Ellis, retired, with a problem he’s too scared to tell his own doctor about; he’s losing weight, but he isn’t losing mass. He weighs the same naked as he does clothed, and despite eating like a horse he’s losing between one and two pounds a day, regularly. He’s more energised than he’s ever been, despite giving the outward impression of someone a little overweight – he’s dancing around his living room and bouncing up stairs, quite literally, three or four at a time.

Scott realises he isn’t losing weight, he’s losing gravity, and it affects anyone he touches. They become weightless, an effect neither he nor the doctor have an explanation for. With some effort, he befriends his neighbours Deirdre and Missy – two married lesbians trying to make a go of running a restaurant in the little close-minded town. After helping Deirdre win the town’s annual Turkey Trot, a twelve kilometre race for charity, he shares his secret with them, and they vow - with the help of the doctor and his wife - to help Scott any way they can.

The problem is, they can’t help him. There’s nothing to be done for him in the small community of Castle Rock, and given that he won’t allow them to tell anyone else, the end is inevitable. Losing weight at an ever-increasing rate, eventually Scott is going to float right off the earth. Which is where this novella becomes almost pointless. Scott’s a nice guy, people like him. He wants to help his neighbours, whose business is being driven into the ground by the town’s homophobia. When he realises there’s something wrong, he consults the retired doctor, and when he knows there’s nothing to be done, he faces his inevitable fate with bravery and dignity.

The book is touching, but it’s an oddly dull read. The end is set from the start. Yes, Scott makes a difference to the town in the time that he has. It’s heart-warming. But there’s something lacking here, something that Stephen King fans might be waiting for that just doesn’t materialise. In the end, this novella is disappointing and quite frankly, expensive.