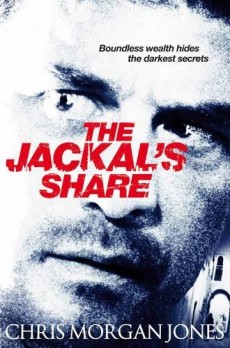 Corporate investigator Ben Webster is hired by a billionaire Iranian expat to quash rumours about his asset management business and is plunged into the murky world of lies, greed and betrayals that is international finance – and the even more dangerous one of Middle Eastern politics.

Corporate investigator Ben Webster is hired by a billionaire Iranian expat who owns a monolithic asset-management business to investigate his own reputation and put paid to nasty rumours delaying its sale. Webster is plunged into the murky world of lies, greed and betrays that is international finance. At first he struggles to remain uncompromised – then to escape the grip of the dark forces his mission has set in motion who think nothing of destroying him or his family

Some critics compared An Agent of Deceit, Chris Morgan Jones’ debut, to Le Carré – both a compliment and a curse. But in the second outing for his corporate investigator/spy Ben Webster, the author, who worked at the world’s largest business intelligence agency for more than ten years, even more clearly marks his independence. Le Carre dealt with the certainties of the Cold War – opposing nations and ideologies. Webster works in a 21st century world where money is all, personal interests rule, where offshore addresses can be as deadly as a bomb and the difference between not knowing and choosing not to know frequently defines the gap between good and evil.

There are similarities – the careful building of suspense and tension and an intelligent  examination of the far more than 50 shades of grey that colour this world. I have a feeling that George Smiley would both recognise and like the flawed, yet ethical central character of Webster, a man with his own strong moral code, who at best is ambivalent and, at worst, really doesn’t much like the super-wealthy clients who provide his living.

A deft, complex and believable plot, mixed with some fierce and brutal action, sees Webster move from London to Italy, Dubai and Morocco as mega-money merges with murky Middle Eastern politics, and the amoral charisma of the super-rich is exposed as nothing but greed and cowardice.

Some deceptively simple, but classy, writing and an assured sense of place paints the broad canvas you would expect from a spy novel. Characterisation is strong throughout and Webster’s antagonists, one chillingly physical, the other whose menace comes from his seeming omniscience, are as nasty as any villain in the field.

This is an excellent and fiercely intelligent thriller, well written and thankfully free of the clichés that so often ruin this type of book.