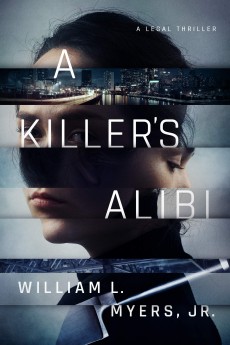 Mafia boss Jimmy Nunzio is caught literally red handed, holding the knife that killed the son of his rival. Mike McFarland is the attorney hired to defend him.

The sight of a car outside a supposedly deserted building on the Philadelphia Naval Yard draws two police officers on patrol. When they enter the building they find Christina Nunzio cradling the body of her lover Anthony Valientes. Christina’s father Jimmy, rival and enemy of the Valientes, is skulking in the corner drenched in blood and holding the knife that killed him.

Nunzio selects attorney Mike McFarland to defend him. McFarland has reservations but suspects Nunzio knows about some matters from the past which could be problematic if made public. He is more disturbed that Nunzio refuses to give his lawyer a line of defence, and although Mike’s investigator brother Tommy comes up with some useful background, the trial date approaches and Mike has very little with which to argue his client’s case in court.

Mike’s wife Piper, and Susan, both lawyers with the same firm, are working on another case, an attempt to get a re-trial for Darlene Dowd, who has been in prison for many years following conviction for the murder of her father with a hammer. New evidence has emerged that a neighbour, Lois, was a witness to exculpatory evidence, but the local sheriff ensured none of this emerged at trial.

Piper and Susan feel sympathetic to their client who had suffered repeated sexual abuse by her father. The key to obtaining a re-trial hinges on locating Lois, who moved away after the murder. Tommy reports that he has managed to locate her on the West Coast, but unfortunately that she has a very strong reason for wishing not to reveal her whereabouts to the FBI.

The two main stories are interwoven but have few points of contact other than the discussions which Mike and Piper have over dinner, when they are not engaged dealing with their bratty daughter Gabby. The story is told in the present tense throughout.

The mob side of things is as nasty as you might expect, notwithstanding the Nunzio family’s quietly effective ways of proceeding, which prove effective in ‘disappearing’ a startling number of enemies. What is perhaps unusual about the legal aspects is that the lawyers and their associates have conspired to break the law when necessary to achieve what they perceive to be the right outcome. They feel somewhat uncomfortable about this, but their concerns seem to be more about getting caught than what this says about American justice.

There is some court action but in the main case this is somewhat constrained by the lack of a defence being mounted by McFarland, who is reduced to scoring points. A final surprise witness does liven things up, but the impact on Nunzio calls for considerable suspension of belief. If the general tenor of the book is realistic, it might always be challenging to arrange for a guy like Nunzio to get his just desserts.