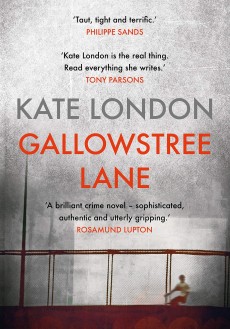 The death of a young gang member sparks off an investigation that threatens to collide with a long-running covert operation.

When his best friend Spencer is bleeding to death on a London street, 15-year-old Ryan is terrified. He’s grown up around gang violence, but this is something different. It’s really close to home and utterly unexpected. This sort of thing isn’t meant to happen.

Ryan runs, leaving an off-duty paramedic doing his best to save Spencer’s life. Ryan calls Shakiel – he’ll know what to do, he always does. But for all the fact that Shakiel is a big man in the gang scene, there’s nothing he can do to bring Spencer back. Ryan is devastated by his friend’s death and wants revenge.

Shakiel has been on the police radar for a long time but he’s always managed to stay out of their reach. He’s clever, urbane, and sends his kids to a private boarding school. DI Kieran Shaw is determined to bring him down and has been waiting for years for his chance to finally get something that will stick. For Kieran, it’s personal, even if Shakiel doesn’t realise it. Kieran knows that something big is about to happen and, that’ll be the culmination of Operation Perseus, a covert investigation into an organised crime network. Kieran’s aim is to intercept a large consignment of guns before they find their way onto the street.

DC Lizzie Griffiths is tasked with interviewing Ryan in connection with Spencer’s death. She can’t help feeling some sympathy for the boy, and those feelings are shared by Sarah Collins, the senior investigating office on the team. The two women have very different personal circumstances. Lizzie is a single mother, looking after Connor, her young son, the product of a short relationship with Kieran Shaw. Juggling the demands of being a full-time police officer with the care of her son isn’t easy, and Lizzie relies heavily on childminders and neighbours. Sarah lives with her girlfriend, Caroline, and the job puts pressure on her relationship. These two very different women are both sympathetic characters, with plenty of empathy for others, particularly Ryan, as he becomes an unwitting pawn in Shakiel’s dangerous games.

Kieran Shaw doesn’t come over anywhere near as well. He’s arrogant – even suggesting to Lizzie that Connor would be better off being adopted by him and his wife – and doesn’t care who gets hurt in his attempt to bring down Shakiel. If Ryan gets hurt, he’s no more than collateral damage, so far as Kieran is concerned. He has far bigger fish to fry, and he’s not happy when the investigation into Spencer’s death threatens to collide with Operation Perseus.

Kate London, herself a former police officer in the Met, paints a convincing picture of the pressure of working on a Major Investigation Team. Gallowstree Lane is redolent with authentic detail without clogging the action up with info dumps. London’s coppers come over as real people, as do the members of the gangs they are trying so hard to get off the street. I ended up with more sympathy for Shakiel than he deserved, and an awful lot of sympathy for Ryan.

The plot moves at a good pace, but there were elements, particularly the denouement, that came over as more predictable than I would have liked. Despite that, Gallowstree Lane is a solid police procedural, with a good cast that I hope to see back again.