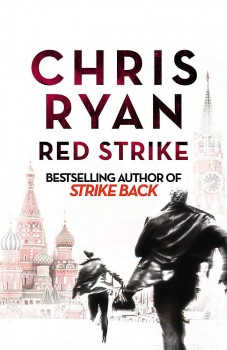 The kidnap of a former Russian intelligence officer from a safe house sparks off a chain of events that sees former SAS operatives Bald and Porter called out of retirement again.

Ex-SAS operative John Bald is down on his luck after being swindled out of the gold bullion he’d heisted off some very dodgy Russians. He’s now running motorbike tours of Mexico’s ‘Mayan riviera’, which isn’t quite the millionaire lifestyle he’d had in mind for himself, but beggars can’t be choosers. He’s taken by surprise when his past catches up with him in the form of a couple of Russian heavies who are out to get him.

He’s even more surprised when he’s helped out by two serving SAS soldiers who tell him he’s wanted for a job by his old bosses. The only trouble is, they won’t tell him what the job is or what deal he’s going to get in return. As the clock ticks down in Brexit Britain, Bald and his old regiment friend John Porter are sent undercover as bodyguards for the arch-Brexiteer, Derek Lansbury, who’s suspected of being on the Russian payroll.

Tied up with this is the fate of former Russian intelligence officer Nikolai Volkov who cut links with his employers to throw his lot in with MI6. Volkov has been the victim of a nerve agent attack and has been spirited away to a safe house for his own protection. But it soon becomes clear that nowhere is safe where the former spy is concerned.

Red Strike is the latest in Chris Ryan’s Strike Back series. Much to Bald’s surprise, Porter has sworn off the booze and is trying to get his act together again. Together they still make a formidable team, as their opponents discover. Ryan sets the story in the run-up to Britain’s exit from the European Union, and it doesn’t take much of a stretch of the imagination to see which faintly clownish popular demagogue Lansbury is based on. The use of a nerve agent against someone in Britain is also a story straight out of last year’s newspaper headlines, but as last year’s events in Salisbury proved, the truth is often stranger than fiction.

As ever, Ryan tells a good tale, with plenty of convincing detail and edge-of-the-seat action. The final set piece is a masterclass in how to write a firefight without it turning into a dull ‘count the bullets’ scene.  Both Porter and Bald prove there’s plenty of life left in this pair of old dogs. And speaking of dogs, I was biting my nails when a pair of Belgian Malinois played a part in the final takedown of the bad guys, but on this occasion, there was nothing for me to worry about.