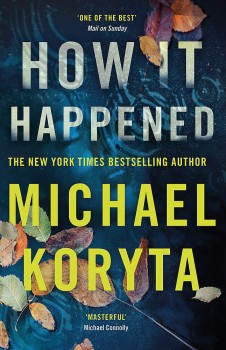 FBI agent Rob Barrett is brought in to help interview a woman who has confessed to being involved with the disappearance and murder of a woman and her boyfriend. Everyone else thinks she’s an attention-seeking liar, but Barrett believes her – and stakes his career on his judgment.

FBI agent Rob Barrett has studied law enforcement interview techniques, he’s even lectured on them, so when it comes to the case of Kimberley Crepeaux, a local drug addict well-known for making up tall stories while she’s in jail, it shouldn’t be too hard to get a handle on whether she’s telling the truth or not. Everyone tells him she’s always pretending to know more than she does, that she can’t be trusted, but this time, Barrett thinks it’s different. Kimberley has confessed to taking part in two murders, and at last Barrett has the chance to bring some desperately needed closure to two grieving fathers, even if it’s not the sort of news they will want to hear.

Although his colleagues are sceptical, Barrett believes her, right up to the moment police divers conduct a search of the pond where she said the bodies had been dumped and find nothing. Barrett’s credibility takes an abrupt nosedive at that point. Then an anonymous tip-off reveals the true location of the murder victims and, in an unexpected development, Barrett and another officer, Don Johansson, are involved in a fatal shooting in a scrapyard with the man everyone but Barrett believes is the real killer.

Barrett’s career goes into freefall and he gets a positing to the real-world version of Buttsville, Idaho, and is forced to bury himself in a mountain of paperwork and wonder where it all went so wrong – and why. So when he receives a series of telephone calls from Kimberley Crepeaux, they aren’t hard to ignore. But a call from the father of one of the victims is harder to put to one side and Barrett finds himself inexorably drawn back to the scene of his humiliation as an investigator, putting his job – and his life – on the line.

Michael Koryta can always be relied on to produce a police thriller with more twists and turns than a corkscrew. He also produces protagonists that, whilst carrying some baggage of their own, are still likeable. He has a deft way with characterisation, and I’ll even forgive him the use of one classic crime fiction trope that certainly isn’t to my taste when it comes to establishing the antagonist as the villain of the piece.

He can even write uncringeworthy sex scenes, which is a rarity in crime fiction, although generally they’re not something to be encouraged! The story starts and ends with a first-person point of view confession, although the rest of the book is written from the close third person viewpoint of Barrett himself, which provides easily as much of a connection as first person narratives can serve up.

As usual, I missed several of the clues, and so when the real reason for the killings emerged, I was as surprised as Barrett, bit the clues are there – you just have to have your wits about you to spot them, which is as it should be in a thriller. Koryta’s descriptions of small-town America, in this case coastal Maine, are always well-drawn and evocative, bringing to life the communities as well as their victims and heroes.