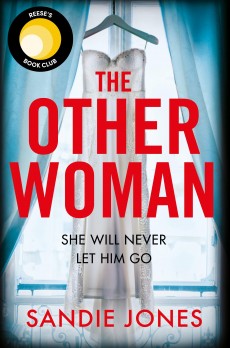 Emily falls for Adam, unaware she has become part of a twisted love triangle – one that could be the death of her.

When Emily, a London recruitment consultant, meets Adam, it is not love at first sight. Yet in no time she is falling for the laid-back guy and is eager to introduce him to her friends. He seems less keen for her to meet his mother, but eventually he takes Emily to Sevenoaks. Even though Emily is under no illusions about Adam’s deep affection for his mother, Pammie’s immediate antipathy towards her is a shock. At every turn, Pammie undermines Adam and Emily’s relationship, but he cannot see it.
Emily feels increasingly isolated, even though Adam has proposed to her and the date is set. Cracks appear in their relationship, cracks that have Pammie as their source. As their wedding day approaches, Emily tries her hardest to keep the vicious woman at arm’s length, but Pammie is determined to drag her son away from his fiancée and will stop at nothing to do it.
I love psychological thrillers. I adore viciously nasty people in fiction. I was ready and hungry for The Other Woman. Sandie Jones certainly heaped my plate with nasty – a future mother-in-law who knows all the tricks in the book to make her son’s fiancée feel insecure, inferior, isolated. She lies, she turns on the waterworks, she makes out to her son that Emily is being unreasonable, all the while twisting the knife. She has a stash of wedges that she uses without compunction to prise the young lovers apart. And Adam from the start shows a side that a little controlling. A little squirm-in-your-seat demanding.
Unfortunately, I wanted to slap Emily. God save me and preserve me from desperate female protagonists who think that despite her beau treating her like something you’d wipe off your shoe, it must be true love because it’s the first time she has felt like this.
Come on, please, enough with the moronic love-choices and whinging, alcohol-infused voice. Particularly as we are supposed to believe the protagonist is (belatedly) successful and reasonably headstrong in her career. Perhaps if she had not overdone the neurosis in her early encounters with the future mother-in-law, which I presume was foreshadowing, she could have been more likeable and believable. From the start, it read like Bridget Jone’s Diary revisited, without the humour – even down to the best friend and the gay friend sidekicks.
The twist was fun. But as I closed the book, I felt a swathe of missed opportunities. The characters are stereotypes and underdeveloped, including Emily, who is not a person I could connect with. There are several conveniences and unlikely relationships. The dialogue is predictable and outdated. Worse, it is as if the author found a clever little twist and built a story around it without getting under the skin of her characters or thinking beyond the obvious. Although I loved all the nasties that Pammie got up to, it was the wicked villain being bad without any substance, redolent of children’s stories. I would far rather have seen this book written from Pammie’s point of view, particularly as I have been on the receiving end of such devious actions when she ups her game.
The Other Woman is an easy read that has reasonable pacing, and for a debut novel, shows potential. Though the ending is a little rushed and the twist not entirely convincing, at a superficial level, the story is fun.