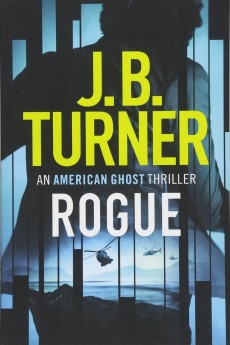 A secret American committee, consisting of a retired general, a retired admiral and two former heads of the CIA, is intent on arranging the assassination of a well-known and popular senator whose libertarian and anti-military views they regard as a potential danger to the United States.

A secret American committee, consisting of a retired general, a retired admiral and two former heads of the CIA, is discussing the timing of the assassination of Senator Brad Crichton. They feel his popularity is increasing almost hourly and conclude that his coming visit to the Scottish highlands would be an ideal time, particularly since intelligence information indicates that he will be spending one day outside the limits of his security team in precisely nine days time.

The author then introduces us to the man who is to carry out the assassination. The advantage of using him is that he has officially been declared dead after a car accident. He now goes under a different name – Nathan Slade – and if anything were to go wrong it would be virtually impossible to link him to the committee.

We learn quite a lot more about him from his interview with a psychiatrist who is assessing his state of mind following the accident. It turns out that both he and his sister had been brought up by a violent father following their mother's death. Their life had become so unbearable that his sister eventually stabbed him to death and is now in a secure facility. She is the only person in the world that Slade cares for.

The interview with the psychiatrist constitutes an attempt to explain why Slade is the perfect man to be an assassin. It is stressed – and constantly repeated – that he has lost any vestige of human feeling through the circumstances of his childhood. Presumably the author is attempting to prepare the reader for what is to come.

The first half of the novel is unexceptional and describes from different points of view the arrangements made for the assassination. Care is taken to keep the reader informed of all that they need to know. The second half, however, gives the impression of having been written in a hurry and can only be described as pure sensationalism.

Surprisingly, it has never occurred to Slade that once he has completed his task he becomes dispensable. Having finally realised that this is his situation, he decides to take revenge on the man responsible for putting him in it. Unfortunately, this cannot be accomplished without killing other people.

The author keeps reminding us of the abusive father and uses inadequate psychology to try to justify his actions, but all to no avail. We are left with a main character who is totally amoral and seems to take pleasure in casually killing anyone who crosses his path. Any sympathy the reader might have had for him rapidly disappears, as does any further interest in him.