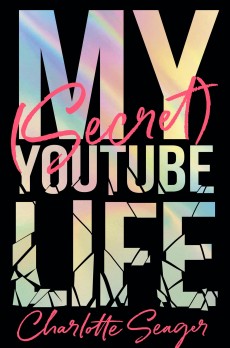 Lily has everything – the perfect life, the perfect boyfriend, three million followers on YouTube. But, unseen by her fans, Lily’s life is starting to unravel.

LilyLoves is one of the new breed of YouTube celebrities. Her vlog has now reached the dizzy heights of three million subscribers and even Lily is finding that overwhelming. She’s worked hard to build her online presence, starting with her early recordings in her bedroom in her mum’s house in Suffolk. But success comes at a price. Now she spends all her time coping with the trappings of online stardom, living her life through the lens of her own camera, constantly having to live up to the expectations of her fans.

To her fans, Lily has the perfect life. She lives in an Instagram-perfect house in London with her rockstar boyfriend Bryan, who she met when she was at university. He started out as a trust fund boy who already owned a portfolio of London properties before he went to university. But lately, Bryan does little more than lounge around getting stoned with friends, and then one day Lily accidentally discovers messages on his Facebook page from a girl called Nina, and Lily’s perfect life starts to unravel …

Melissa Davies in an ordinary 16-year-old who spends too much time worrying about what she looks like and what other people think of her. So far, so normal. She worries about never having had a boyfriend and does her best to get close to good-looking Andy, hoping to be contacted by him after they met briefly at a club.

But then Issa, as she’s known online, decides that her life would definitely be improved with a bit of photoshopping, and then she goes further and adds pictures of Andy into her secret online account and suddenly she starts to become more popular, and people start to interact with her online. For the first time Issa knows what it’s like to be in the spotlight, but that brings with it pressure to keep faking.

My (Secret) YouTube Life puts the spotlight on the unrelenting pressure placed on teens and young adults to create and maintain the perfect online life, which is lived through a constant procession of selfies and vlogs, laying bare every aspect of their lives for others to pore over. Success is measured in likes, follows, subscribers, and success brings with it advertising and product endorsement and then online life becomes a business like any other job, with endless photos to sign, contracts to agree and decisions to take.

Charlotte Seager succeeds brilliantly in putting herself into the minds of Lily and Issa with short chapters alternating between the two, that push the story along at an unflagging pace. The book is written all in the first person from the point of view of the two protagonists which succeeds admirably in getting inside their heads. The intensity builds as their lives collide and their carefully built up pretence starts to fracture and crumble. There’s a strong sense of train-wreck TV throughout the book, but it’s impossible to look away.

This is a book that won’t bring any comfort to the parents of teens who seem to spend most of their waking moments glued to their phones, but it might help create a better understanding of the pressures young people are subjected to and the desire to be seen as having the perfect life. But nothing is ever perfect, and this fly-on-the-wall look at life inside the social media bubble is a must for anyone who’s ever put a post on Facebook or Instagram and then checked back immediately to see how many likes they’ve got.