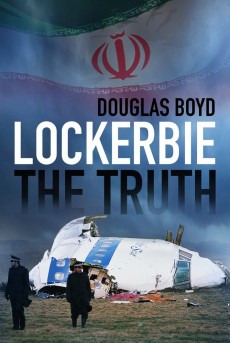 On December 21 1988, a passenger airliner blew up in the sky above the small Scottish town of Lockerbie. The events leading up to the tragedy and the subsequent trial of one suspect are both examined.

On December 21 2018, it will be 30 years since a passenger airliner blew up in the sky and fell onto a small town in the Scottish borders. Douglas Boyd not only outlines this shocking event, he also explores and presents salient events beginning a decade before the terrorist attack, and those surrounding the trial and appeals that followed. The most recent developments add to a true story that has taken 40 years to tell so far.

Was the Lockerbie bombing the revenge for the shooting down of Iran Air flight 655 by the US warship Vincennes? The United States never apologised or accepted legal liability for the loss of the 290 lives in the Persian Gulf in July 1988. The passenger flight had been identified as a small fighter jet. Boyd tells us of individuals who were capable of exacting such revenge and how they might have done it.

He outlines with astonishing clarity the events on the evening of December 21 1988 when Pan Am flight 103 exploded over Lockerbie and the immediate aftermath. It is a tale of true horror.

The book describes the Scottish trial of the Libyan Abdelbaset al-Megrahi for the Lockerbie bombing, and all its flaws. Even some relatives of the victims believed it was a miscarriage of justice when he was found guilty. With the death of al-Megrahi on May 12 2012, is that the end of the story? From the book that Boyd has written, many of the characters may be dead, but the political consequences are still relevant.

The first five chapters are a measured and fascinating history of airline terrorism, and the political and military conflicts involving the United States, Libya, Iran, Iraq, Palestine, Syria, Jordan, Israel, and the UK. Even the Sicilian mafia get a look-in. Anyone who has ever wondered why airport security asks if you packed your own bag should read this.

The description of how flight 103 broke up in the air, and how Lockerbie became a burning inferno, is a detailed and factual chapter, terrifying but ultimately clinical. It's the response of Pan Am to the needs of the victim's families after the disaster that finally draws emotion from Boyd, and it's not complimentary.

We find out why US diplomats cancelled their seats on the flight, which led to so many students and others who would not normally be able to afford such a flight close to Christmas getting those tickets – and it is gut-wrenching.

The Scottish judiciary appears to have convicted the wrong man with no credible evidence, and Boyd wants you to know this. Political interests were served in preference to serving justice.

There are familiar names in this book – Margaret Thatcher, Malcolm Rifkind, Michael Portillo, even Prince Andrew makes an appearance. The events in Lockerbie may be 30 years ago, but it's all still in living memory, and those involved will never forget. Boyd does an incredible job of pulling together all the evidence and presenting the facts. It's a shocking tale that began long before December 21 1988, and you get the feeling it's not resolved yet.

Growing up in Scotland, I had heard of the Lockerbie disaster, but Boyd admirably brings out the truth of it. And truth hurts. One of the longest 'chapters' in the book is the appendix list of those who were killed on that night 30 years ago.