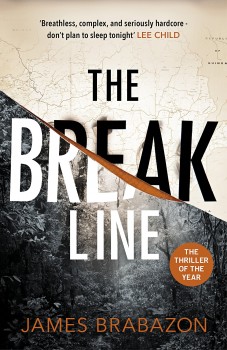 Max McLean, an assassin for a shady unit operating on behalf of the British government, is sent to Sierra Leone to kill a rebel leader. But there’s a lot he hasn’t been told…

Max MacLean is a trained killer. At the age of 19 and a former paratrooper, he entered a secret training facility in Northern Ireland known as Raven Hill, where he became a member of a shadowy outfit called the Unknown, or UKN. His job is to carry out kill orders on behalf of the army and the security services, operating always with the greatest amount of plausibility possible. The brief prologue amply demonstrates how far Max is prepared to go following orders and how he earned his transfer to UKN

Fast forward 23 years to Venezuela where Max has been sent to kill a woman called Ana Maria. Ordinarily, he doesn’t have any problems killing women, but this time something is different, and he isn’t sure that the right woman is being targeted. He fails to carry out his orders and ends up in a whole heap of trouble. He also gets a hefty thwack from the stupid stick and sleeps with her, as well as telling her his real name. Clearly someone needs a refund for the amount spent on his training!

His next deployment is to Sierra Leone where he’s tasked with killing the commander of a rebel group holed up in an old mining town and causing trouble near the border. The excuse for using Max’s finely-honed skill as an assassin is that if the trouble spreads to neighbouring countries, it could potentially disrupt Nigeria’s oil production.

Max is sure that once again he isn’t being given the whole story, and a visit to a former comrade who has recently operated in that area confirms his suspicion. The solder is now in a secure military research facility. Whatever he saw and experienced in Sierra Leone has disturbed him so much that he is clearly out of his mind with fear. It’s a highly unsubtle way of flagging up that something is Not Right.

It’s fortunate I have a fairly high tolerance level for macho thrillers, otherwise The Break Line might have been destined for the reject pile at an early stage. The book rapidly turns into a somewhat confused – and confusing – techno-thriller that careers around Sierra Leone like a rubber bullet in a locked room. Max rapidly gets into a series of increasingly hair-raising scrapes, tangling with Russian Spetsnaz special forces, a series of secret caves and some very nasty goings-on. James Brabazon seems to have operated on the principle of grab a staple thriller ingredient and chuck it into the mix, stir the pot vigorously and bring it rapidly to temperature then boil for an hour. And the method almost works.

I was intrigued enough to stay on board with the story, even when conveniences kept coming thick and fast. Naturally Max’s nemesis from Venezuela reappears, but that’s not the least of the surprises in store. There isn’t a shedload of meaningful characterisation. Max comes over reasonably strongly, but other characters are fairly one-dimensional. There are also some odd choices of weaponry at times, although in general what little hardwear detail the book contains is mostly convincing, but The Break Line doesn’t carry the easy authenticity of the likes of Andy McNab or Chris Ryan. You’ll need to check your disbelief in at the door but if you want some subtle as a brick in a sock entertainment, you won’t go far wrong with this one.