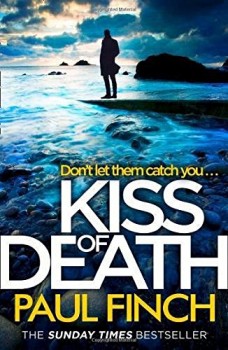 The National Crime Group’s existence is at threat and so its members are instructed to hunt down wanted criminals. DS ‘Heck’ Heckenberg is charged with finding one of the most wanted men in the UK.

DS Mark ‘Heck’ Heckenberg is back in another spree of entrepreneurial crime-solving. This time, because the National Crime Group’s very existence is at threat as a consequence of national cutbacks, he, together with the rest of his team, is charged with solving unclosed crimes and arresting a list of the most wanted criminals.
Heck’s investigation is thrown when he discovers a video which appears to show the criminal he’s searching for being beaten to death. Undeterred, Heck moves onwards in his own inimitable maverick style, ignoring protocol and ending up in rural Cornwall where a dramatic, Jason Statham-esque interaction takes place in a curiously Enid Blyton-like castle on a lonely island.
This novel is fast-paced and well-constructed. DS Heckenberg’s go-it-alone style is well used – maybe over well used – but to good effect. You cannot help but be drawn along by his derring-do and his disregard for authority. Of course, as an aficionado of Heck, you know all will go well and he will get his man in the end. But on this occasion, that might not be the case…
Much is made in this book of Heck’s relationships, particularly his relationship with Detective Superintendent Gemma Piper, with whom he had a romantic affair in the past and DI Jack Reed, who Heck believes is becoming too close to Gemma. This subplot is woven onto the narrative, at times feeling a little too intrusive and diverting from the main thrust. The villains are, as usual, graphically described and suitably evil. The whole thing screams to be screened. It is thoroughly exciting and fast paced. The plotting works, although in the early stages the narrative seems to drag a little in order to allow plot development – but stick with it.

The story moves at an ever-accelerating pace. It is quite enthralling and undoubtedly cinematic in style and aspiration. The end, when it comes, is unexpected. The scene is set for the next book in the series although this one may be very different.