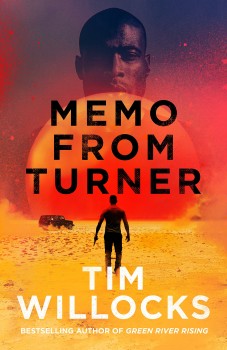 When a young girl is crushed in a hit-and-run the culprit’s rich family conspire to protect him. Warrant Officer Turner is determined that someone will pay.

A young girl living on the streets of Cape Town has small hope of a long life, and when the life of one such is brought to an abrupt end by a privileged white boy drunk at the wheel of a Range Rover, few care or even take notice. But Warrant Officer Turner does care, and thanks to the phone of one of the party left by chance at the scene, he has to hand enough evidence to make a solid case.

However, life is not to be so simple. The culprit is Dirk Le Roux, whose mother Margot owns a manganese mine worth millions. Margot is a formidable woman who has accumulated her fortune through sheer grit and determination, and will take any steps necessary to protect her son. Her partner Hennie has a military background as does Simon, her head of security, and they expect to be able to close down any prosecution by bribery, strong-arm methods, or a combination of the two.

Turner loses no time in driving north to Langkopf, where Margot’s compound dominates the district. He finds the local police either hostile or determinedly neutral, and unaided his chances of survival look poor.

This is a really gripping story, and reminiscent of the sort of western where a stranger rides into town and by moral superiority overcomes evil foes. Turner himself is a hero of mythic proportions, skilled in armed and unarmed combat, indifferent to discomfort, unfailingly supportive of the weak, and at all times mentally focussed on his task: visiting the wrongdoer with justice.

The other major characters are also well drawn. The struggles of Margot to create something of her own encourage the reader to feel sympathetic to her sense of entitlement, and those who work for her give her full respect. She is a worthy foe for Turner; her Achilles heel is her love for her over-protected son.

The minor parts also have aspects of interest. Captain Mokoena of the local police has a reputation earned through years of struggle on behalf of the ANC, but now in his 60s is content with an easy life and no longer prepared to exert himself in the face of political and economic realities. Turner’s arrival forces him to examine his own behaviour, and he does not entirely like what he sees.

Overall this is an excellent thriller with lots of guns and fiendish unarmed combat techniques, balanced with some interesting characters which stand up. Willocks' six-novel backlist is definitely worth exploring.