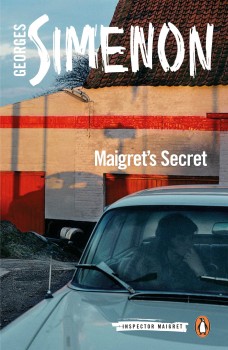 A well-known wealthy woman is found stabbed to death in a frenzied attack. Maigret interviews her husband and cannot make up his mind about his guilt or innocence.

One of the features of any Maigret novel is that it is always concerned with much more than the 'whodunit?' aspect. The 'why?' is always of paramount importance and it is this that has made the novels justly famous. Nowhere is this more clearly seen than in this novel, though there is no obvious answer to the question. It is largely because of this lack of an answer that Maigret frequently finds himself still reflecting on the case years after it happened.

On this occasion the Maigrets are having dinner with Dr Pardon and his wife – something the two families do frequently because they enjoy each other's company. The telephone interrupts the meal and the doctor, having answered it, appears distracted and weary, saying that there are times when he wishes he had taken up a different profession.

He explains that the call had been from the wife of a small-time Jewish tailor who lives with his once again pregnant wife and five small children in a couple of rooms above a shop. He is dying and refuses to be taken to hospital and his wife, having to care for him as well as she can, is in a bad way too. He knows the dying man is in great pain, but, having already given him an injection earlier in the day, he is prevented by law from giving him another.

Maigret explains that he understands the doctor's predicament and says that his own job is in some respects similar. The enquiries the police make, the evidence they collect and their judgment as to whether to proceed and bring a man in for questioning are very likely to affect the rest of that man's life. He then takes Dr Pardon aside and begins to tell him of a case of murder and of the accused – Adrien Josset.

Josset was a pharmacist from a fairly humble background who, for reasons that he could never quite explain, had managed to marry a very wealthy widow. He explained to Maigret during his interview that she had made use of her wealth and position to acquire for him a partnership in a firm of pharmacists, as a result of which he had become quite a rich man. He insisted, however, that their marriage had been based on mutual love and not on his desire to get his hands on her money. The police at Auteuil had already interviewed him and it had been clear that they didn't believe him. He gives Maigret the impression of feeling that he will be treated fairly at the Quai des Orfèvres and frequently looks at him as if saying: 'You do believe me, don't you?'

Maigret cannot make up his mind whether the man is guilty or not but there is something about him that suggests he might be telling the truth. As the exhaustive investigation continues Maigret's inspectors can find no absolute evidence of his innocence or guilt but the magistrate, Caméliau, is convinced of the latter.

Years later, as he explains to Dr Pardon, he still does not know the truth, though he knows the outcome, and recollection of the case continues to trouble him. He does not say that he can't sleep from thinking about it because there have been many cases since then, each of which demands his attention. But could he have done more or was the establishment bound to triumph? Whatever else, we are witness once again to the basic common humanity that Maigret always displays.