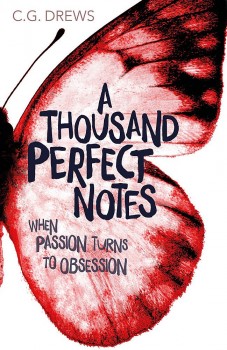 Fifteen-year-old Beck Keverich is forced by his obsessive mother to practise classical music until his hands hurt and he fantasises about cutting them off.

Beck Keverich isn’t like most 15-year-olds. Most 15-year-olds don’t fantasise about cutting their own hands off. But then most 15-year-olds aren’t forced to play the piano for hours every day, attempting to perfect music they’ve come to hate. Beck’s mother, known throughout the book as the Maestro, was a celebrated concert pianist until a stroke robbed her of her career, her ambition and her passion for music. Instead, she's foisted the dream of the life she lost to onto her son.

Beck and his five-year-old sister Joey live in poverty, eating cornflake sandwiches and wearing clothes to school that don’t fit. After growing up a witness to her mother’s rages, it’s hardly surprising that Joey has problems controlling her own temper, and Beck lives in fear of his mother directing her violence at the little sister he loves and has always done his best to protect.

He’s never had a friend until the day he gets paired with August, a girl in his class at school and told they must produce an essay together. August is the opposite of Beck. She’s carefree and open, whereas he carries the weight of his mother’s thwarted ambition and tries hard not to let anyone get too close. August, with her bare feet and dreadlocked hair, doesn’t take no for an answer, getting close to Beck and Joey, trying to help them the way she helps the numerous dogs and other animals taken in by her parents.

A Thousand Perfect Notes takes a searingly powerful look at the theme of parental obsession, as the Maestro attempts to live her life through her son, heaping both verbal and physical abuse on him under the thin guise of motivation. Her passion drives her to open cruelty, and her treatment of her children is painful to read. But the book also has a strong thread of hope running through it as Beck escapes to the music inside his head, the music he wants to compose and play, not the music imposed on him. His tentative friendship with August grows and develops, leaving Beck doing his best to stop the Maestro finding out about her.

I was swept along by CG Drews’ strong YA debut on a tempest of repressed emotion as Beck juggles the demands of a mother who simultaneously cares too much and not at all, with his love for his sister and his passion for the music that only finds internal expression. This is a book about abuse, but it’s also about friendship. I was left hoping for a happy ending and desperately wanting to hear the music that Beck composed for August. The writing is deceptively simple but strong, conveying a powerful impression of the torment Beck’s talent causes for him. The book’s final notes will linger in the air long after the last page has been turned.