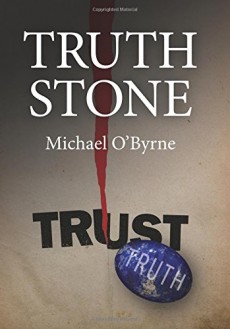 DCI Rachel Stone puts her job on the line when she allows a child killer to lead her to a second body.

DCI Rachel Stone, investigating the abduction of a young girl, ignores the rights of the suspected killer in favour of the those of the girl's family to know what has happened to her and where she is buried. When the killer voluntarily takes her to a second body, she finds herself under investigation by the Independent Police Complaints Commission with the threat of being sacked.

She’s temporarily saved by the support of both families and the right-wing press, but is sidelined into the force’s near-moribund cold case squad. In the hope it will gain her some relief from her greatest critic, the force’s Police and Crime Commissioner, she chooses to investigate the murder of the commissioner’s cousin. But her decision draws her into a complex web of child sexual exploitation, political and police corruption and she finds herself in the direct line of fire when the killers return to tidy up the loose ends she has painstakingly unravelled.

Truth Stone gives an insider’s view of the sharp end of The Job, its problems and frustrations, cleverly driven by adaptations of two real stories, so it’s not so much fiction as ‘faction’.

And Michael O’Byrne should know what he’s talking about. He started his long career first as a constable with the Royal Hong Kong Police, then moved on to the Met, serving in London’s West End, Notting Hill and Scotland Yard. Moves to Surrey, then Thames Valley followed, before he retired as chief constable of Bedfordshire.

This experience allows him to reflect bluntly on behalf of all ranks on the warped priorities of our legal system and the problems within the police service. He also has an intimate knowledge of the problems of dealing with ethnic communities with their links to parent countries, clan alliances and religious practices. His fictional force is based in an area which reminds me strongly of Bedfordshire. Even the references to ‘taxi wars’ would not be out of place in Luton!

Rachel Stone’s story is a none-too-subtle re-run of that of Wiltshire Detective Superintendent Steve Fulcher, the senior investigating officer who caught taxi driver Christopher Halliwell, the killer of Sian O’Callaghan, 22, and Becky Godden, 20. His crime was a breach of the Police and Criminal Evidence Act of 1984, designed to protect the innocent, but which in practice frequently acts as a shield for the guilty and as a result of this procedural ‘failure’, Halliwell’s confession regarding both murders was ruled inadmissible in court.

O’Byrne, by inference, is scathing about Wiltshire’s preoccupation with procedure – even when obeying that procedure could have prevented two grieving families gaining closure.
This outstanding debut novel turns fact into fiction and explores other difficult areas including child exploitation, grooming and the role of Police and Crime Commissioners.

Truth Stone is sound, insightful and rounded with engaging and, most important, believable characters and well up there with the best in crime fiction. Hopefully O’Byrne – his only previous publication was the all-too frequently ignored Crime Writer’s Guide To Police Practice and Procedure – has another book of this calibre in him, both to make his case and offer readers a warts and all look at real-life policing.