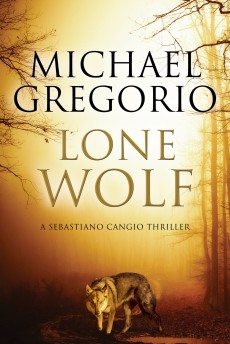 A body is found in England with one piece of evidence that links it to Italy. Meanwhile, a Mafia boss is hoping that something can be done about his failing eyesight. Italian ranger Sebastian Cangio is assigned to help the British work on the murder case.

Sebastian Cangio has always had an interest in wolves, which is why he now has a job as a ranger, tracking and overseeing the wolves in the Umbrian mountains. Locals have heard strange noises in the night and their sheep have often been attacked, so Cangio is keeping an eye on things.

Previously, Cangio had been shot by the Mafia in Calabria and saved by Lucia Grosse who now heads the Special Crimes Squad. She feels able to call on him to help an English detective in his enquiries in the area. A body has been discovered near Stanstead Airport in England and a clue has lead the detective to Italy. But Cangio has a suspicion that this murder might be linked to the very Mafia who had him in their sights in Calabria.

The story has a very complicated start as each strand of the plot is set in motion. There are the wolves; the Mafia boss; Cangio’s background; the murder at Stanstead; and more. It is not until later in the book that many of these strands take on significance. It finally begins to develop some coherence when Cangio starts work with the English detective, but even then, the plot remains complex with, for example, Cangio just stumbling by chance on a place in the forest which happens to be hugely important. Otherwise it reads very well and maintains the interest until the end.

The character of Sebastian Cangio is drawn with a fair amount of depth. His background is explained; his relationship with his partner is referred to throughout the story; and his thinking at times helps to interpret the action. All the other characters are just passing through and so are not drawn in any particular depth, except the wolves.

However, apart from the section at the start, the reference to the wolves is tenuous at most. Maybe Cangio sees himself as the Lone Wolf of the title – his behaviour in preferring to work alone mirroring that of the wolves he is monitoring – but it is not easy to see any advantages to the link other than providing the context of the mountains and people’s fear of the dark outdoors.

The pictures of people and places are carefully created throughout the book. Unfortunately, however, they are too often based on stereotypical images that are now out of date, if indeed they were ever true: the image of the English detective on his bike; the seedy pub where the food was all greasy; the Italian commandante, Lucia Grossi. Just a small amount of subtlety at times could have lightened and softened things as a small relief from the unendingly harsh atmosphere of the book.

Overall this is a good read, competently written, with a complicated plot, but rather dark and violent in places.