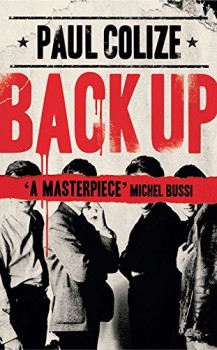 When all four members of a rock band die within a few days, the police seem strangely disinterested. A man who may be able to shed some light on the matter is apparently unable to communicate.

Pearl Harbour, a British rock band enjoying limited success, agree to a short residency at a club in Berlin in 1967. They abruptly demand a break, and take off in various directions but within a few days all are dead, by apparent suicide or misadventure. Unconvinced by the official story, relatives seek the help of an investigator, and later a newspaper journalist also becomes interested enough to look into the case.

Interviews with people in contact with the band immediately before the deaths reveal that the band was handsomely paid for a few hours work recording tracks for an elusive promoter, but that no disc ever appeared. It also comes to light that the band’s regular drummer was sick that night, and was replaced by a stand-in at a moment’s notice.

In a further strand to the tale, a man is taken to hospital after falling into the path of a car in Brussels in 2010. He is diagnosed as having locked-in syndrome, and taken in by a specialist clinic. After a year of physiotherapy he recovers some ability to communicate, and releases details to a sympathetic member of staff that help to establish his identity. He is still in fear, however, and events show that this is well justified.

The crime story - the scheme behind the deaths - is only slowly revealed but takes on fearsome proportions of international scope. The author gives few particulars of the principals, which helps to maintain the mystery and suspension of disbelief for those who find a conspiracy theory hard to credit. If you can swallow it, the implications are indeed chilling.

The tale is saturated in rock ‘n roll from the beginning, identified here as Maybellene by Chuck Berry, to the end of the 1960s and prog. rock. One or two bits of trivia about the leading performers during the period help to flesh out the tale, but most of this will be known to those who have an interest in early rock, and those who don’t will probably find it somewhat tiresome. However, if you like sex and drugs and rock ‘n roll (you know who you are) there may be something here to entertain.