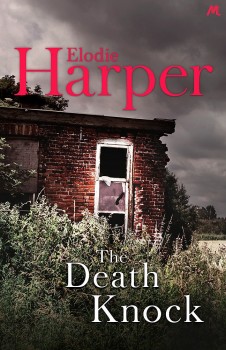 Women are going missing and there are fears that a serial killer might be at work in the East Anglian fens. TV journalist Frankie Latch is in the thick of the investigation, but it’s not a safe position to be in.

It’s not often I’m drawn to the serial killer side of crime fiction, but I enjoyed journalist Elodie Harper’s first book, set in the claustrophobic confines of a prison in the depths of Norfolk’s bleak fens, and a return to East Anglia in her company was an intriguing prospect.

TV news journalist Frankie Latch, who works for the Eastern Film Company, is sent to Great Yarmouth where it’s rumoured the police are trying to recover something more interesting than a stolen bike from the mudflats where the rivers Bure and Yare meet. When the body of a woman is dragged from the mid, Frankie is told by her bosses to find out everything she can, as women have been going missing in the area and there are fears that a killer is at work.

When Frankie come across an unpleasant website that glories in violence against women and hatred of them, she’s drawn into a dark world of online trolls and bullies and starts to wonder whether the person behind the website or one of the frequent posters there could be responsible for the kidnap and eventual murder of the missing women.

The story is told from two points of view. The first person we meet is Ava, who comes back to her senses, alone and terrified, flat on her back in a box and unable to move. Ava tells her story in the first person, which took me deeply inside her head in an unpleasant captivity, held prisoner by a man who is determined to break her spirit, and when he does, she’ll become another body left for the police to find.

The rest of the book is told in the third person from Frankie’s point of view. The use of the present tense brings its usual sense of immediacy, and Harper is adept at mostly staying out of the clumsy sentence structure when dealing with past events that can be a trap for some writers. The fenland setting is reminiscent of Elly Griffiths’ series with archaeologist Ruth Galloway and is beautifully evoked to bring a sense of isolation and an eerie atmosphere, which provide the perfect backdrop for a crime thriller.

Harper’s characters have depth and consistency and I was soon heavily invested in both Ava and Frankie. Ava understands psychology and tries to get into the mind of her captor, but he is adept at turning all mind games back against her, and the gradual erosion of Av’s defences is painful to watch. The secondary characters provide rich pickings for anyone in search of red herrings and at times it felt as though they would provide a banquet for the entire seagull population of the East Anglian coast. The coppers were generally an agreeable bunch, which makes a pleasant change, and even when their investigation seemed to be going in the wrong direction, they came over reasonably well.

The winning angle for The Death Knock is Frankie’s journalism. Her creator’s own experience shines through here and the film company came over as a very real look at the news industry. Some, like the smarmily ambitious national news reporter, might seem a tad stereotypical, but any behind the scenes look at film and TV will produce an infinite number of people like that, so it was easy to sit back and watch it all enfold without too much criticism.

The brief mention of Halvergate Prison and its problems was a nice touch, and I liked the feeling that this story was firmly rooted in the same landscape as the first book.