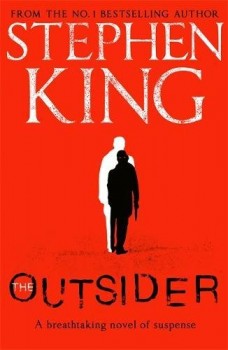 An 11-year-old boy is found murdered and mutilated in the small town of Flint City. All the evidence points to Little League Coach Terry Maitland. But there’s as much evidence that he was out of town as there is placing him at the crime scene. How he can be in two places at once?

In the small town of Flint City, Oklahoma, 11-year-old Frank Peterson is abducted, raped, mutilated and murdered. Shocked and frightened townsfolk demand a swift conclusion to the investigation, and police detective Ralph Anderson believes he has conclusive evidence that the town’s beloved Little League Baseball Coach Terry Maitland is their killer, despite his clean record and excellent standing in the town. He makes a scene of arresting Maitland at a ballgame attended by most of the town’s residents, including his wife and children.

Anderson’s case against Maitland is based on eyewitnesses, fingerprints and DNA. But Maitland’s lawyer Howie Gold is able to prove beyond doubt that Maitland was out of town at the time of Frank Peterson’s death, at a literary conference, with several of the town’s upstanding schoolteachers. There exists, it seems, irrefutable proof that Maitland was in two places at once.

The deeper Ralph Anderson and Howie Gold look into the mystery, the more impossible it all seems. Then Holly Gibney, a private investigator hired by Gold, uncovers another case of a child killer being irrefutably elsewhere when eyewitnesses placed him at the scene of the crime. Accepting that they’re dealing with something that might not be human is difficult enough, and that is just the start.

The book starts as a police procedural; the arrest of Terry Maitland and the collection of evidence both for and against him, along with its impact on the close-knit community. Slowly the bigger picture emerges; the hunt for something that isn’t human by the small band of people caught up in the aftermath of its crimes. The first half is far more uncomfortable and unsettling than the second. The injustice perpetrated at the start never sits right throughout the rest of the book and somehow, neither do the attempts at atonement and redemption.

It is a masterfully crafted novel, and Stephen King fans will not be disappointed, but there are missteps. The horror comes as much from the human element here as the supernatural, so the brutal description of the attack on the young boy at the start feels gratuitous. The vicious aftermath of it is as close to criminal as the attack itself, and although King takes pains to keep his characters remorseful, when the dust settled it left me with the uneasy feeling that at least one person got away with murder.

I can’t say I enjoyed reading The Outsider, but then again I couldn’t put it down, and maybe that’s a better compliment.