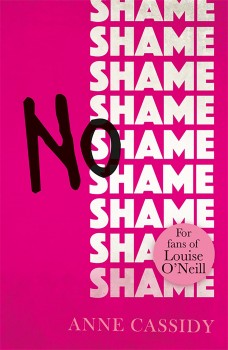 Seventeen-year-old Stacey was raped, and she’s determined to see her attacker brought to justice, but there’s no guarantee that she’ll be the one the jury believes.

Seventeen-year-old Stacey Woods’ life was irrevocably altered the day 34-year-old Marty Connaught raped her. It took Stacey two weeks to pluck up the courage to tell her parents, but when she did, they backed her all the way, standing by her through the police investigation and being there for her at the trial.
But it’s Stacey’s word against Connaught’s and his defence barrister is determined to present Stacey to the jury as a girl who had deliberately led her client on and then had second thoughts after sex. The problem is there’s no evidence to back up what Stacey as said, and the one person who could help her case won’t come forward, even though Connaught raped her too.

Stacey’s best friend Patrice has always believed in her and will be a character witness at the trial, but apart from her family and some of her teachers, no one else knows what Stacey is going through, and the newspapers only know her as Girl X.

In No Shame, Anne Cassidy tackles a difficult subject sensitively, but doesn’t pull any punches either. Stacey’s emotions are raw, painful and always searingly honest. She knows that saying nothing would have made her life easier, but what she wants is justice, not an easy life. But in rape cases, there is never any guarantee of justice, and that’s what deters so many women and girls from coming forward. No Shame won’t necessarily make standing up and declaring to the world what’s happened any easier, but if it makes anyone reading the coverage of a rape trial look into things a little deeper then it will have served its purpose.

The courtroom scenes are well-described and come over as thoroughly authentic. No one ever said to Stacey that telling the truth would be easy, and it isn’t, but she’s determined to see her case through to the end in the hope that Connaught will be found guilty. Cassidy never takes the easy way out in this thought-provoking and at times painful book, but still manages to provide a satisfying conclusion to a powerful depiction of the process that at times seems designed to break anyone who dares to stand up and be counted.