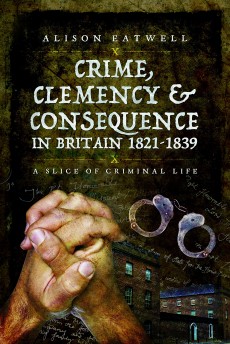 A short review of the letters appealing for clemency that were sent to the Home Secretary during the 1820s and 1830s.

This book focuses on the letters that were sent to the Home Secretary during the 1820s and 1830s appealing against the sentences of convicted felons – typically the death sentence or transportation. Letters were sent by the criminal him or herself, their families, friends, and any influential people who could be prevailed upon to help. The book presents short histories of some of the crimes, court cases and clemency appeal letters, drawn from the archives held at Kew of clemency appeals.

It offers a fascinating insight into the social conditions of the time, exploring not only what caused people to turn to crime (desperation, falling in with a bad lot, or just being criminally inclined) but also the impact of their sentence on their families, who were often forced into the workhouse. The book highlights how draconian the punishments of the time were: those who were transported were unlikely ever to return. A death sentence meant shame for the family and anyone associated with the hanged person. It also highlights how people used their networks in order to get people of standing to appeal on their or their family’s behalf.

The book is organised according to the crimes committed, having sections on bigamy, theft, murder, fraud, and body snatching, so it is possible to see how different people convicted of the same crime were treated. Where it works well is when the author provides a lot of detail about the convicted person, their life, the story of the crime, and what happened to them.

This is especially true if their appeals for clemency were rejected and they were transported: it is fascinating to read what happened to them after they arrived in a totally alien country. The details provided in these longer accounts enable us to get a feel for the conditions of the time and how people found themselves in desperate straits. It also offers a useful history of how the criminal justice system worked at a time when defendants could not speak in their own defence and there was no court of criminal appeal.

Its main weakness is the introduction, which is meant to provide a snapshot of the times, but the details presented are so disparate and disjointed that it’s like being pebble-dashed with random historical facts. Regarding the criminal cases, some of them are thin on detail which makes it difficult to empathise with the people under discussion; they become simply a list of people who committed crimes and got sentenced.  Others are so packed with names of criminals, witnesses, judges, family members, friends, clergy and politicians that it is difficult to remember who’s who.

In summary, this book is an interesting introduction to the history of criminal justice and the way the system worked prior to the formation of the court of criminal appeal, and by focusing on the letters appealing for clemency, it offers an original insight into the social conditions of the past.