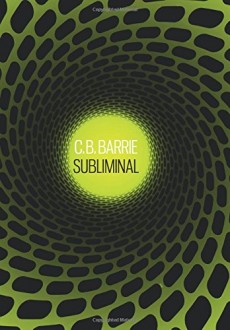 After being made redundant from her commercial research job, Emma Lilton is desperately seeking new employment. She capitalises on her secret research into subliminal imprinting and gets employment with an advertising agency, leading to dire implications for Britain.

Emma Lilton has a successful job working in the commercial world as a researcher until her post is made redundant and she finds great difficulty in gaining employment worthy of her academic qualifications. She’s bound by confidentiality clauses, and falls back on her secret research into subliminal imprinting, a new means of controlling the way people think and act by tinkering with the visual images used in advertising.

Jonathan Woodbridge is CEO of a Fleet Street-based advertising agency. He was brought in to revitalise the company, but after an initial strong impact, his influence is now waning. He is therefore very keen to take on Lilton’s work as a means of improving the fortunes of his company.

This action sets in train a sequence of events in which subliminal printing affects not only the sales of car shampoo, but also the political landscape of the British Isles.

The plot is redolent of current British and American politics: popular support for a very right wing political party, surprising election victories and development of policies that get likened to Nazi Germany, extraordinary leaders with extreme views, and the desire of the population, after electing this catastrophe in, to want to change and put things right.

The book works very well. The plot is interesting and engaging, although the end feels somewhat truncated. Significant and important events happen quickly with little in between. There is no time for plot to develop; a need arises and it is dealt with. The characters are relatively two-dimensional and I found that I didn’t empathise with any of them.

I did, however, empathise with the situation and was very interested in the final showdown. The inclusion of a well-written afterword was an excellent touch. It reinforced the story but also discredited much of the premise of the plot, although one is left to wonder if in fact this afterword is intended to suggest a throwing-off of the scent. It’s all very interesting.